Jason Matheny founded New Harvest in 2004 after touring a poultry farm while researching infectious diseases for a master’s in public health. He immediately recognized the need for a radical change in meat production. Shortly after, Jason read about a NASA-funded project that “grew” goldfish meat to feed astronauts on long-range space missions. He contacted all 60 of the authors and teamed up with three to consider the viability of producing cultured meat at scale.

In 2004, New Harvest presented about cultured meat at the Netherlands-based Protein Foods, Environment, Technology, and Society (PROFETAS) conference. While there, Jason met with the Dutch Agriculture Minister to advise on funding cultured meat research. This conversation played a key role in inspiring the Dutch government to fund the Dutch In Vitro Meat project from May 2005 until April 2009. That project, in turn, introduced cultured meat to Dr. Mark Post—the scientist and now-founder of Mosa Meat who developed the cell-cultured hamburger tasted live and on-air in 2013.

Jason spent 2004 to 2013 trying to convince the world to take cultured meat seriously. He met with policymakers, did interviews with the press, and hosted a series of events in coordination with the few others in the world interested in cultured meat. Much of his work took place in the Netherlands and involved the Dutch government, which had already heard of cultured meat thanks to Willem Van Eelen.

NH speaks with the Dutch Minister of Agriculture about cultured meat. This conversation plays a key role in inspiring the Dutch government to fund the Dutch In Vitro Meat project from May 2005 until April 2009.

NH’s Jason Matheny publishes “In Vitro Cultured Meat Production” in the journal Tissue Engineering along with Pieter Edelman, Doug MacFarland, and Vladimir Mironov. This was the first modern-day scientific publication about an idea that has been around for nearly a century.

Sergey Brin’s family foundation reaches out to New Harvest asking which labs to support to advance cultured meat. We direct the foundation to Mark Post to fund what will become the world’s first public cultured burger tasting. 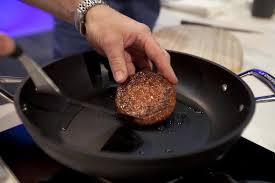 In 2013, Jason hired 25-year old Isha Datar as New Harvest’s executive director and first employee. After almost a decade of working on New Harvest at nights and on weekends, Jason handed the reins to Isha to run New Harvest as a full-time organization. Her salary was $30,000.

As executive director, Isha prioritized community building. She set out to personally introduce herself to anyone and everyone interested in cultured meat and rapidly grew an online community via Facebook. Isha coordinated volunteers to run a journal club, send out regular newsletters, and update New Harvest’s website with resources for students, press, and the public.

These efforts paid off when members of New Harvest’s Facebook group approached Isha with ideas to make cell-cultured milk (Ryan Pandya and Perumal Gandhi) and eggs (Arturo Elizondo and David Anchel). Isha encouraged each pair to apply to synthetic biology accelerators as The New Harvest Dairy and Egg Projects respectively.

Fast forward to today and those projects are now multi-million precision fermentation companies Perfect Day Foods and The Every Company with products on the market.

New Harvest stopped co-founding companies shortly after Perfect Day Foods and The Every Company started finding success with investors. Seeing growing excitement in the private sector and an explosion of new cell ag companies, Isha recognized the importance of New Harvest remaining a nonprofit and building a pipeline of precompetitive talent and expertise.

NH co-founds The Every Company (at the time, the NH Egg project).

In 2015 we doubled down on the biggest blocker to cultured meat: scientific bottlenecks. Against the advice of everyone who said we lacked the runway to support famously expensive life science research, New Harvest began funding graduate students around the world to pursue research questions relevant to the building blocks of cultured meat (cells, scaffolds, media, and bioreactors).

Our hypothesis was that New Harvest grants would inspire additional grants from fellow nonprofits, philanthropists, and governments. This theory was validated in 2021 when New Harvest’s cellular agriculture research group at Tufts University was awarded a $10 million USDA grant to establish a National Institute of Cellular Agriculture.

Since 2015, New Harvest has made 46 grants to 31 universities for a total of over $3.2 million in research funding plus about $3 million in staffing and additional programming costs (figures last updated April of 2022).

Each grant is designed to be catalytic and generate the data necessary for researchers to apply for bigger subsequent grants. By our estimates, New Harvest’s $3.2 million in research funding has pulled in well over $17 million in follow-up grants from fellow nonprofits and government agencies. 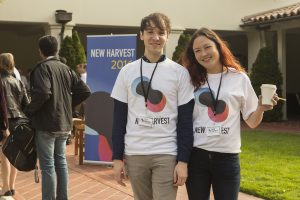 With the drafting of our new strategic plan in late 2019, we began to move from being a regranting organization towards operating like a research institute with internal expertise and projects.

In 2021, we solidified our role as a research-oriented, scientifically credible thought leader and found ourselves the go-to experts in several international collaborative projects geared toward advancing cellular agriculture.

Our “quarantine project” was phase I of our landmark safety initiative. 87 individuals from 50 competing cell ag companies developed a peer-reviewed, open access paper outlining all possible manufacturing processes for cell cultured meat and associated safety considerations. This paper continues to be instrumental for regulators and policymakers as they work to safely bring cultured meat to market.

At the end of 2020 we updated our mission from “build the field of cellular agriculture” to “maximize the positive impact of cellular agriculture.” This represented a shift in thinking about our responsibility as a nonprofit in a growing field. In 2021, we hired our first director of responsible research and innovation to ensure that the science we have been funding is taken out of the lab and into the world responsibly. 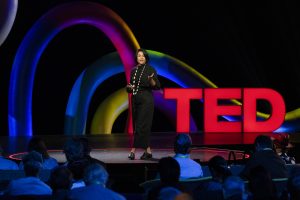 NH’s cellular agriculture research group at Tufts University receives a $10 million grant by the USDA to establish a National Institute of Cellular Agriculture.