“Godfather of Cultured Meat” Willem Van Eelen Passes Away at 91

On February 24, 2015 the cultured meat movement lost one of its pioneers, Willem Frederik van Eelen. 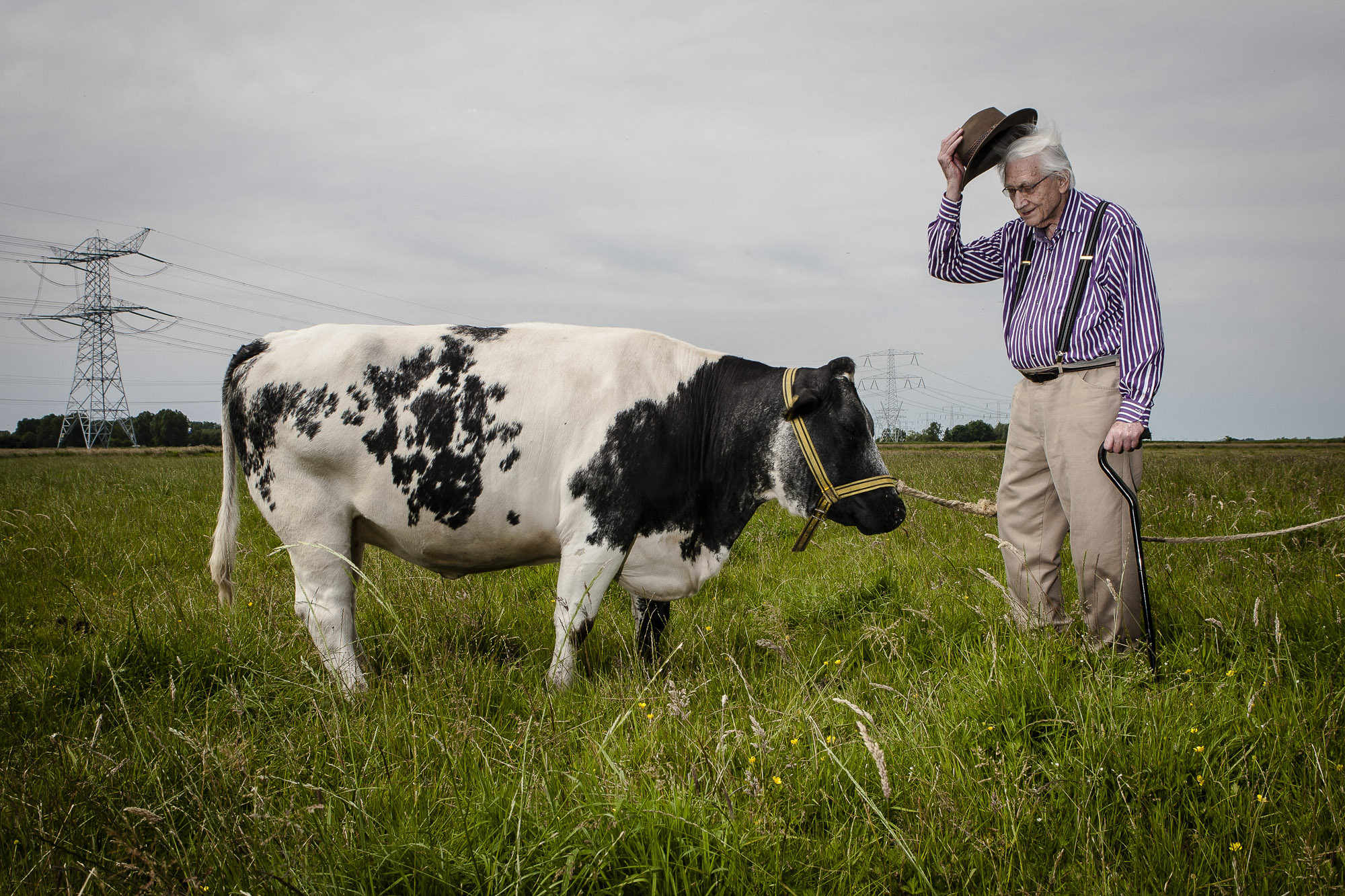 Willem van Eelen, a pioneer of cultured meat, passed away on Feb. 24, 2015. Photo by Michael Hughes.

Van Eelen (born on July 4th, 1923, in Dutch-controlled Indonesia) contributed an enormous amount of time, energy and ingenuity to this cause, catalyzing interest in the Netherlands and abroad and helping scientists to find the funding necessary to pursue their work. Van Eelen’s personal reasons for taking an interested in cultured meat have been widely publicized: a POW in Japanese camps in Indonesia during WWII, van Eelen was exposed to hunger (by his own report almost dying of malnutrition) and he witnessed his captors’ very cruel treatment of non-human animals. He took from these experiences a deep interest in food, and a sense of moral responsibility to work against unnecessary animal suffering (he did, notably, remain a meat eater). Following the liberation of the camps by the Allies, van Eelen returned to the Netherlands and studied psychology and medicine – and he subsequently witnessed medical experiments that inspired his later interest in cultured meat.

Indeed, van Eelen observed cells grown through tissue culture techniques in the late 1950s-early 1960s, a period when cell culture – as Hannah Landecker describes in her book Culturing Life – had moved beyond the early experiments by scientists like Alexis Carrel, and towards increasingly large-scale models of culture production. In other words, this was a time when cell culture was “scaling up,” as research grants and investments helped to build out industrial facilities and advance medical research into diseases like polio. It was not inconceivable that tissue culture techniques would continue to grow and develop.

While most of his career was spent in medical and public health pursuits, van Eelen continued to think about the potential for meat to be industrially produced without the conventional raising and slaughter of animals. In the 1990s he entered into partnerships to create an in vitro meat process, and while the resulting laboratory work was unsuccessful, towards the end of the decade van Eelen did file several patents for cultured meat techniques in the Netherlands and the United States. Beginning in 2000, van Eelen, then in his 70s, organized a consortium of Dutch researchers and helped them to obtain grant funding from the Dutch Ministry of Economic Affairs – with additional help from a consortium of food companies and universities. This led to four years of research, between 2005 and 2009, and while progress was never fast enough for van Eelen’s taste, it did produce not only very high-quality scientific work, but also the seeds of later projects, including Mark Post’s very well known work on the 2013 hamburger, funded by Sergey Brin.

Van Eelen’s desire to live long enough to see cultured meat appear in markets, was well-known. But we also know full well that biotechnology research moves more slowly than our visions of the future. Assuredly, if cultured meat production becomes part of our food system in years or decades to come, van Eelen will be recognized as one of the crucial architects of its creation.