For decades, humanity has produced proteins, enzymes, and small molecules via cell cultures. What if we leveraged those same industrial fermentation techniques to produce milk proteins?

That was the idea New Harvest community members Ryan Pandya and Perumal Gandhi pitched to Isha, our executive director, in 2014—entirely independently of one another.

She connected the two of them and encouraged the team to apply for funding as the New Harvest Dairy Project. That project eventually turned into Perfect Day Foods, the world’s first company to grow milk from cell cultures instead of cows.

As of November 2020, Perfect Day Foods has raised over $360 million and launched animal-free dairy ice cream in supermarkets across the United States.

New Harvest holds founding equity in Perfect Day Foods. With it, we are building an endowment for future cellular agriculture research.

Due to the explosion of private investment in cellular agriculture following the success of Perfect Day Foods, New Harvest no longer starts companies.

From 2014–2017, we documented updates about Perfect Day Foods here. It began with Isha Datar, our executive director and at the time, co-founder of Perfect Day (back when it was known as Muufri) blogging about the team’s first three months at an accelerator in Ireland.

Perfect Day Foods is now too big for us to keep track of what they’re up to. They are also an independent company! To stay up-to-date on Perfect Day’s latest developments, please visit their website. 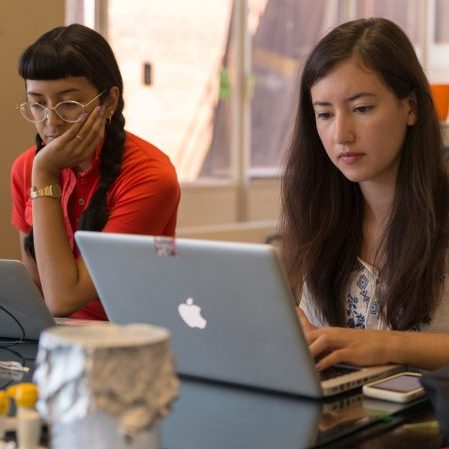 Isha with Natalie Rubio, a New Harvest intern-turned-research fellow who traveled to Ireland to help out with Perfect Day Foods (then Muufri) during their first few months in Ireland. 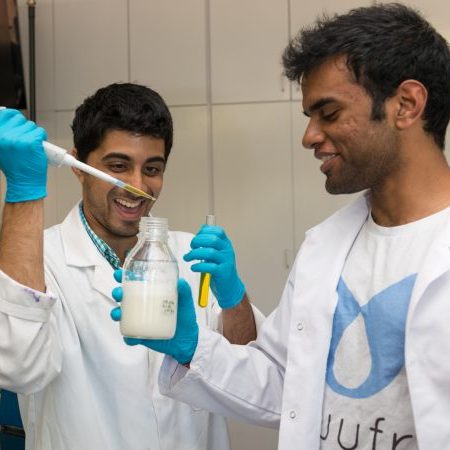 Ryan and Perumal with an initial sample of milk, sporting Muufri’s old logo!

March, 2015 – In light of growing independent interest among investors in cellular agriculture, New Harvest moves away from founding companies. Instead, we focus on more neglected aspects of ecosystem building and supporting pre-competitive research.

July, 2014 – Isha Datar donates her shares in Muufri to New Harvest and gives up any formal role in the company.

April, 2014 – New Harvest Dairy Project is accepted into the accelerator and incorporates as a company under the name “Muufri.” Ryan, Perumal, and Isha are co-founders with equal shares.

Because growing meat through cell culture is so novel a process, many questions about the safety of cultured meat products remain unanswered.

We are building a low cost, open source modular bioreactor for in vitro tissue culture to increase global access to cellular agriculture research tools. The project is a collaboration between New Harvest and the Institute for Development of Advanced Applied Systems (IRNAS) in Slovenia.