“Fifty years hence, we shall escape the absurdity of growing a whole chicken in order to eat the breast or wing by growing these parts separately under a suitable medium,” these are the words of the great British Prime Minister who played a vital role in the Second World War, Winston Churchill. In an essay he wrote for Strand Magazine, titled “Fifty Years Hence,” he predicted that in 50 years we will start to grow just the edible parts of an animal in a special medium, rather than growing and slaughtering a whole animal only for some of its parts.

Whilst the timing is slightly off, his prediction is certainly in the process of coming true. In 2000, the first edible cultured meat was developed by the NSR/Touro Applied BioScience Research Consortium, which used goldfish cells to create a fish fillet. This was followed by many breakthroughs in producing cultured meat from various different animal cells, most notably of which was the creation of the world’s first ever cultured hamburger by Mark Post in 2013.

We still have a long, long way to go before cultured meat is a commodity seen on our supermarket shelves. Mark Post’s hamburger cost $325,000 to make, and cultured meat needs to be able to compete with the cost of conventional meat in order to be commercially viable and accepted by consumers. But there is still hope for the successful development of the necessary technology to do just this. The key obstacle at present is funding research into improving the quality and range of cultured meat available and even more importantly, developing technologies that will make large scale production economically viable – driving down the cost so that one day it can be even cheaper than conventional meat. Scientists in the field predict it will likely take another 10 years or more before this dream becomes a reality.

Churchill may have been about 33 years premature in his prediction, but he did successfully foresee the invention of meat grown from cell culture. And for that, we salute him, and we look forward to the next decade of research that will one day put cultured meat in our supermarkets. 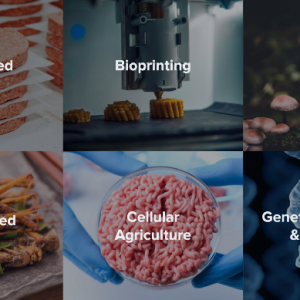