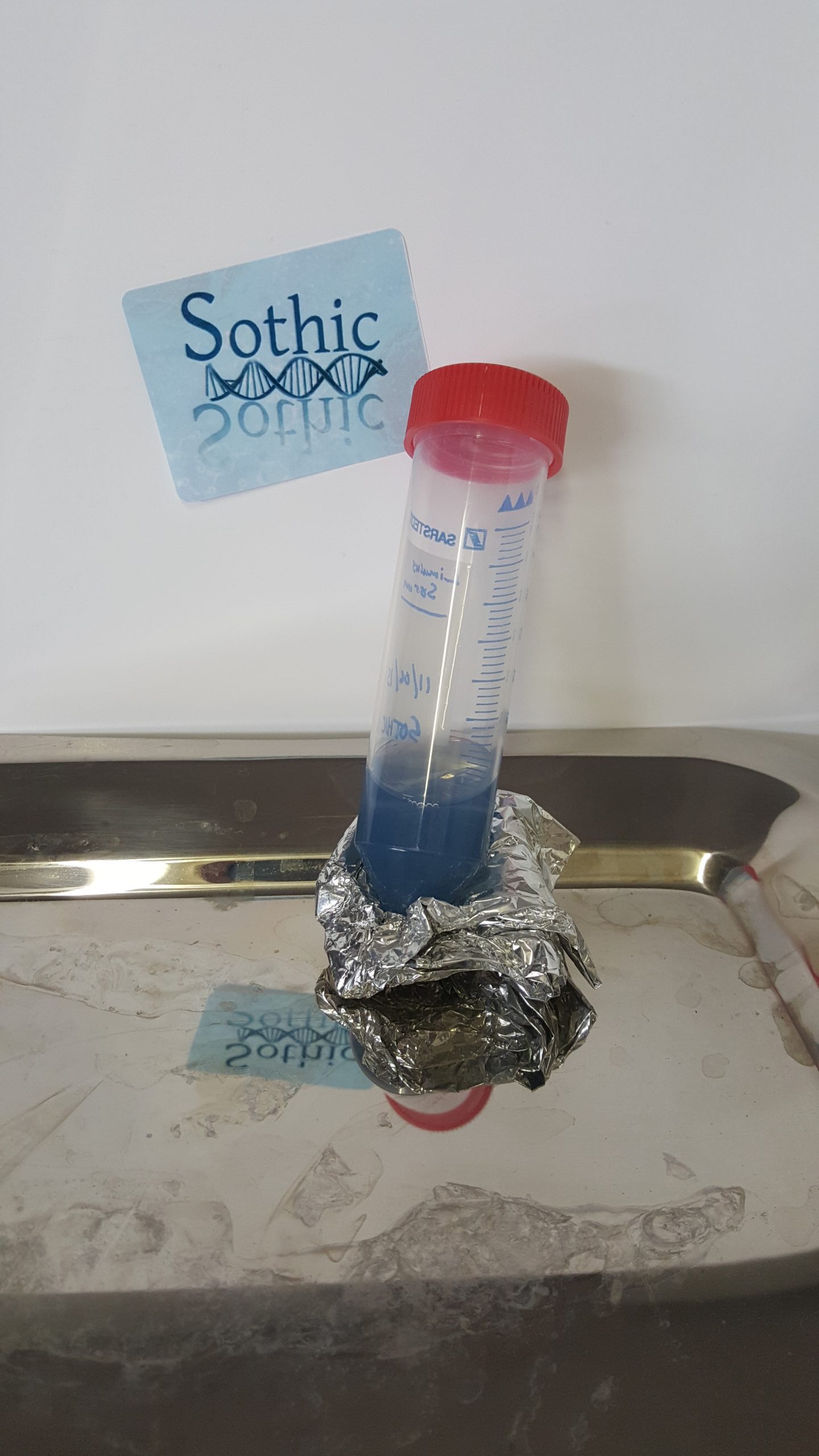 Sothic Bioscience is reimagining the unsustainable product that lies at the heart of our entire pharmaceutical industry.

While most people haven’t heard of LAL (Limulus Amebocyte Lysate), it is essential to preserving human health. LAL is a reagent (a substance that causes a chemical reaction) that reacts with harmful toxins and bacteria. This property makes it a key component in modern medical testing, and allows us to safely produce the vaccines, medications, and medical devices that improve the lives of billions of people around the world. 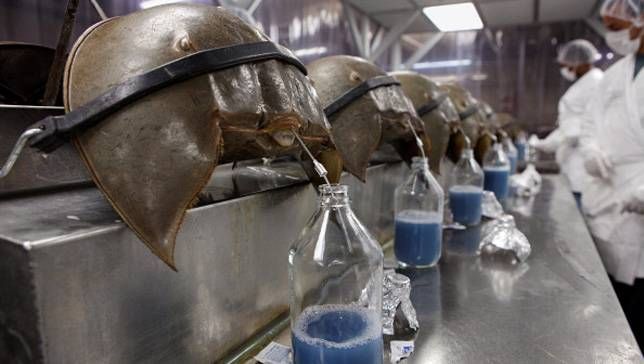 This is how LAL is normally collected. Photo courtesy of National Geographic/Getty Images.

Unfortunately, there is only one source of LAL: the blue blood of the Atlantic horseshoe crab. These horseshoe crabs are one of the most ancient species on earth, having evolved several hundred million years ago. And the demand for LAL is putting increasing pressure on their population. Without a more sustainable source for LAL, we risk not only the extinction of these crabs, but also the loss of a foundation of modern medical practice. 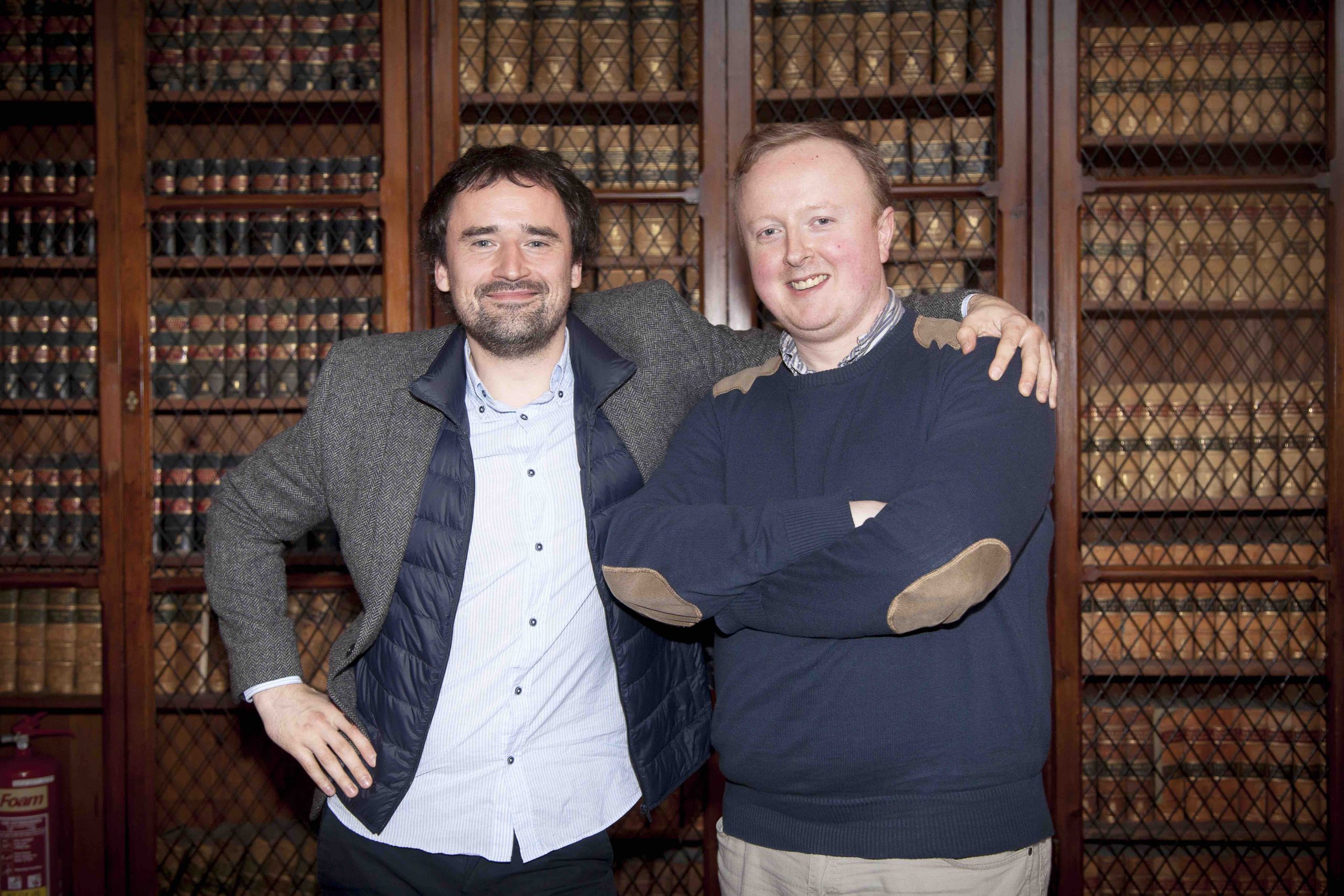 That’s the problem that co-founders Stephen Geary and Piotr Jakubowicz are hoping to address with Sothic Bioscience. The new company is replacing the natural marine source of LAL (horseshoe crab blood) with a version created using biosynthesis (in which living organisms are used to produce chemical compounds.)  This allows Sothic Bioscience to remove the crabs from the supply chain and replace them with a sustainable production source.

It’s a change that has huge implications for our health. Every single biomedical, pharmaceutical, and medical device that goes into a human by law has to undergo LAL-dependent testing to ensure its safety. As a result of this demand for LAL, the horseshoe crab population has been decimated. If a replacement for this single source isn’t found, we will soon have no horseshoe crabs, no LAL, and no safe medical products. 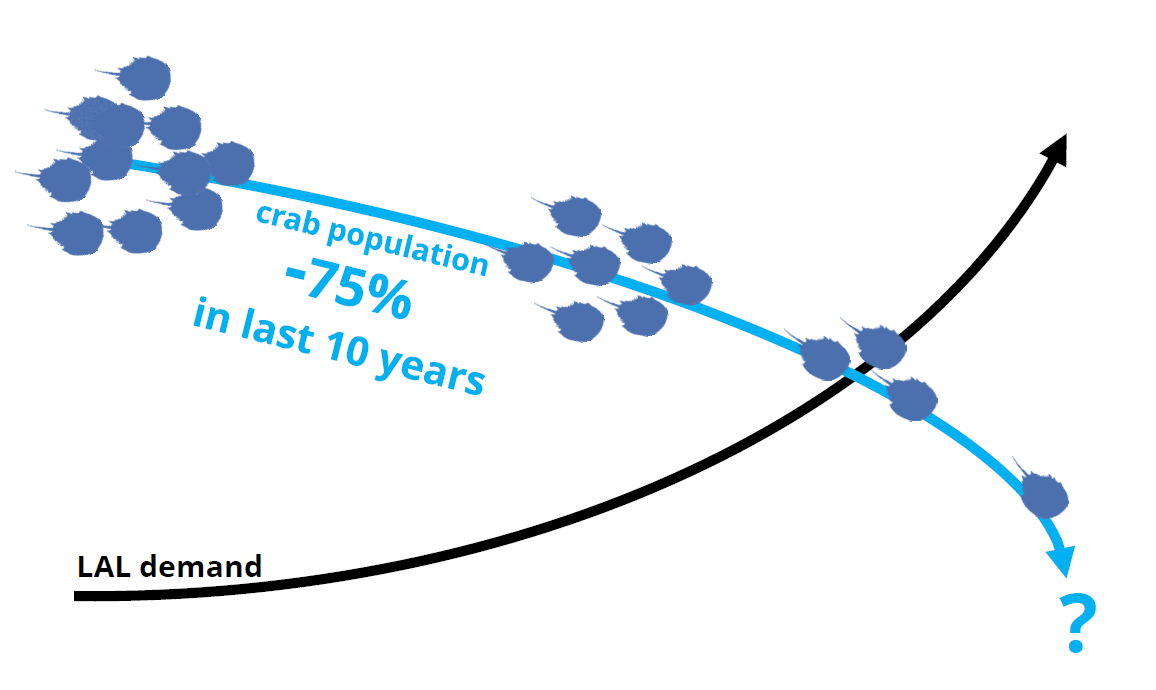 Horseshoe crab population has declined 75% in the last ten years.

And while the pharmaceutical industry has taken some steps to address this potentially catastrophic outcome, current solutions fall well short of the ideal.

“Officially, there is no problem – we have a never-ending bounty,” says Stephen. “The seas are teeming with trillions of horseshoe crabs, and it’s all rosy. All rosy until sometime around 2019, maybe 2020, when there don’t appear to be any horseshoe crabs to catch. Behind the scenes, yes, there’s a lot of research going into figuring out alternatives. However they are not sustainable, they’re inefficient, and they’re very poor substitutes.”

“One other problem with these alternatives is that LAL is the de facto industry standard,” says Piotr. “Apart from being less effective, they have a barrier towards becoming the industry standard. You have to change the entire industry towards working with another reagent. Our approach is to replace part of the supply chain with our product. And that’s why we solve a scalability problem, a sustainability problem, and we help the pharmaceutical industry keep their quality control on the standard.”

Inspired by this opportunity, Stephen and Piotr applied and were accepted to IndieBio, the world’s first accelerator for start-ups in the synthetic biology space.  There, they tore into the problem and devised a working prototype. Now, the company is focusing on fundraising – they hope to raise funds in April and then hire and scale up R&D, allowing market entry by the end of 2016.

Stephen and Piotr see New Harvest and Sothic Bioscience as having a common mission: they both focus on removing animals from the supply chain to solve industrial, ethical, and environmental challenges. In that regard, Sothic Bioscience is noteworthy for working with an endangered wildlife species. 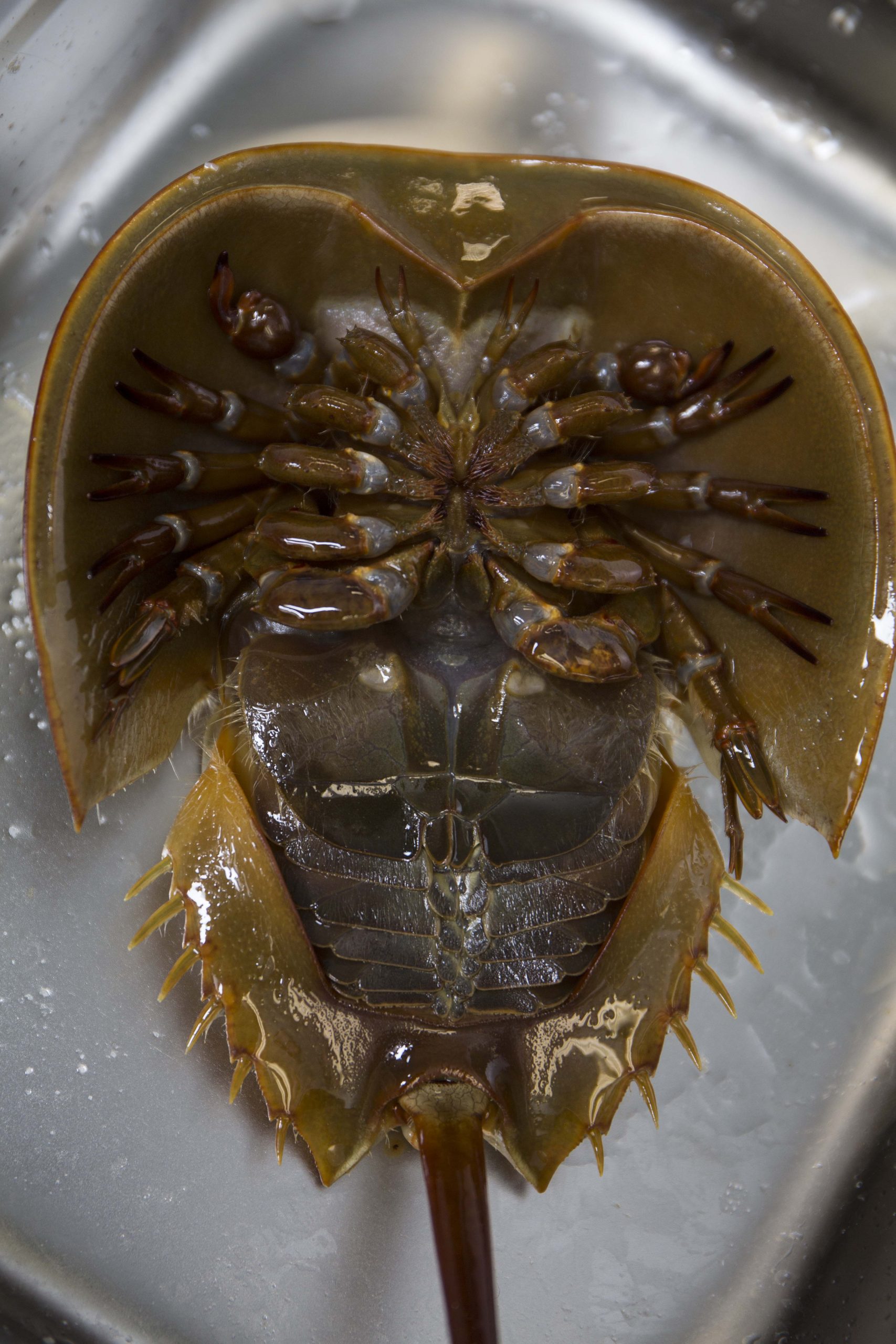 “The horseshoe crab is not an industrial species bred solely for production,” says Piotr. “It is a species that is still out there – it’s one of the oldest on the planet. It survived 500 million years. And we are killing it because it has such a simple, beautiful immune system. And now we are decimating them, and it’s actually quite sad. So that’s why we say ‘save the crabs, save the humans.’”

Conventional LAL is produced by removing blood from the crabs’ pericardium, a tough sac that covers the heart. The crabs are punctured and bled, then put in a tank. After some recovery time, they are bled again before being returned to the ocean.

But this causes several problems. First, the crabs’ immune system is compromised, and when they are put back in the wild it’s difficult to track their survival rate. Secondly, it’s the biggest crabs, the females, which are generally used for this process. And this depletes the female population, hindering the ability of the crabs to reproduce.

Sothic Bioscience’s process would completely eliminate this old methodology in order to create a biosynthetic version of LAL that is completely identical to conventional LAL. 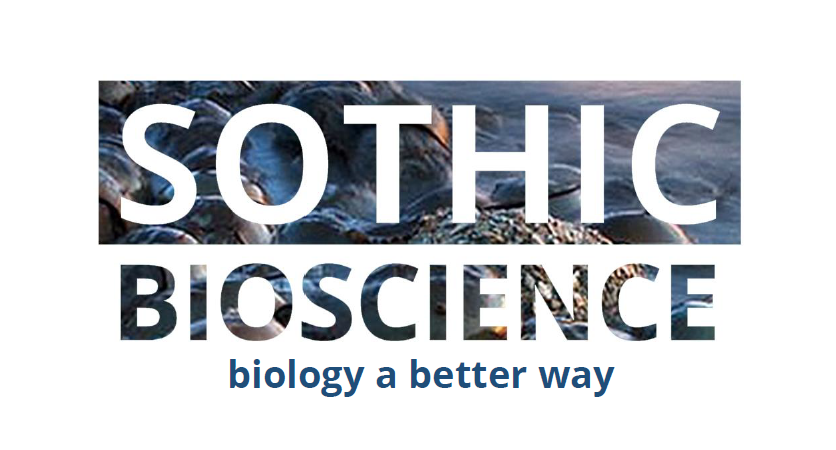 As the core technology is still under intensive R&D, they’ve chosen not to disclose specifics of the production method. That said, the LAL they make is biosynthetic rather than chemical, simply using a different novel method to create the same product. They hope that the fact that their LAL is biologically identical to conventionally produced LAL will open the door to fast track FDA approval and allow Sothic Bioscience to quickly bring their product to the regulated market.

Written by David Leibowitz with input from Stephen Geary and Piotr Jakubowicz, January 18, 2016.