How can we solve climate change without tackling the livestock supply chain?

As the world community is negotiating a climate deal this week, it sees clean energy as the central solution to reduce greenhouse gas emissions but turns a blind eye on clean animal products even though livestock production accounts for up to near 20% of global emissions. Just like renewable energy and clean tech are part of the solution, cellular agriculture technologies are needed to extend our lease of life on earth.

Solutions to our broken livestock supply chain must be brought at the heart of the negotiations for a climate deal to be impactful.

Today starts the second week of CoP21 in Paris: 195 countries are convening to secure a legally binding agreement to tackle climate change. You can also find updates on the CoP21 Website with delegate updates etc. to make you feel like you’re in the heat of the action.

Two things give hope that this 21st conference of the Parties (CoP) to the UN Framework Convention on Climate Change will succeed where previous CoPs have failed in achieving a binding agreement to reduce global greenhouse gas emissions (GHGs), which are responsible for anthropogenic climate change and global warming:

Why, then, is livestock production largely sidelined from meaningful discussions? This excellent Chatham House research paper, Livestock – Climate Change’s Forgotten Sector, Global Public Opinion on Meat and Dairy Consumption, from December 2014, explains it better than I could. In summary, if you thought the oil & gas and coal lobbies were massive, think again; the meat and dairy lobbies are where the war against climate change will be won or lost.

This points to the fatal flaw in the system: animal proteins have not been decoupled from animals. While the CoP might agree to some requirements for marginal emissions reductions in the livestock sector at the end of the week (if there even is a binding treaty), we cannot find meaningful efficiencies in producing animal products without eliminating the most problematic element of the supply chain: the animal. Cellular agriculture does exactly that and thus is exactly that next technological revolution in the supply chain of animal products that we need to survive.

While cellular agriculture does not figure on the agenda of CoP21, nor did it figure on any of the UN’s Food and Agriculture Organization (FAO)’s solutions to produce animal proteins, New Harvest recently has planted the cellular agriculture seed in the UN system – I know what you’re thinking: it’s a big, heavy bureaucracy that moves at the pace of glaciers before climate change, but it is the only global system we have to come to binding agreements, many of which have made our world safer, fairer, more resilient.

Along with reducing greenhouse gas emissions, the UN’s other primary concern is to protect smallholder farmers, pastoralists, and other local operations, who, we can safely assume, will continue to rely on animals for the foreseeable future. The livelihoods of one billion of some of the most destitute of us depend on animals for survival.

Yet, increasingly, these pastoralists and smallholder farmers compete for core natural resources with large international meat and dairy conglomerates that use land, fertile soil, and fresh water (and, sometimes, market share) in South America and Africa for pasture or soy to provide OECD and Chinese consumers with meat, milk, leather, and “grass fed” beef.

Population is expected to grow to 9 billion by 2050 – more of us affluent, more of us hungry for animal proteins. According to 2008 FAOSTAT, we rear about 56 billion animals annually to sustain our current hunger and this number is expected to double by 2050.

This number must not, cannot grow: there is simply not enough land, not enough water, not enough atmospheric greenhouse gas resiliency.

Next Monday 14 December, we will have a better idea if a binding agreement to reduce emissions will see the light of day and if agriculture figures alongside energy production.

One thing is for sure, Einstein was right: we cannot find solutions with the same mind that created the problems.

In renewable energy and LEDs, we found solutions to energy problems by decoupling energy and light from its most dangerous element, incandescence.

In cellular agriculture, we have now found solutions to animal production problems by decoupling meat, milk, eggs, leather, etc. from their most dangerous element, animals. 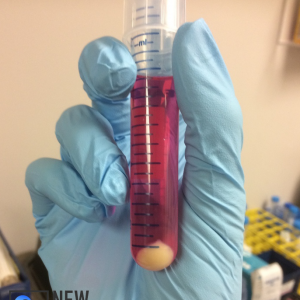 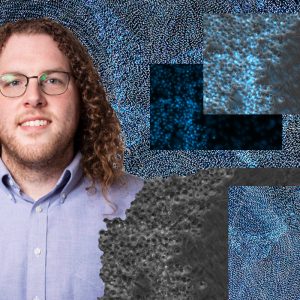 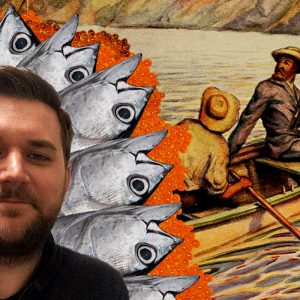