A novel approach for in vitro meat production (Applied Microbiology and Biotechnology, 2015)

This publication by Pandurangan, et. al was summarized by Tom Ben-Arye, with edits by Jason Weiss. The original paper can be accessed here.

This summary describes the possibility and rationales of cultured meat production with the help of advanced skeletal muscle tissue engineering, stem cell, cell co-culture, and tissue culture methods. The authors have co-cultured myoblast and fibroblast which is believed to be one of the major techniques for in vitro meat production. An estimated one billion pounds of cultured meat could be produced from one animal.

Cultured meat is an animal product, produced in vitro and is not a part of any living animal. Cultured meat research was initiated by NASA for long space voyages. Even though there are several ongoing researches on cultured meat, it is not yet ready for public consumption. Goldfish and lamb were the first meats successfully cultured in the laboratory. Rationales for cultured meat production are: sustainability, animal welfare,  and environmental burden, while global demand for meat is estimated to double by 2050. Conventional meat production accounts for significant % greenhouse gas emissions: carbon dioxide-9%, methane-39%, and nitrous oxide-65%. It also requires vast land usage and consumption of water, and energy. Cultured meat could reduce energy consumption by 40%, land usage by 99%, water consumption by 90%, and greenhouse gas emissions by 90% compared to conventional meat. Consumption of red meat is associated with health problems such as cardiovascular disease, diabetes, and colorectal cancer. Better control of composition in cultured meat would be helpful in preventing some diseases caused by meat. Moreover, researchers have recommended that omega-3 fatty acids be added to cultured meat as a health benefit. Finally, cultured meat production may decrease the exposure of meat to bacteria, pathogens and diseases.

Stem cell isolation and identification, in vitro cell culture, and tissue engineering are key techniques which allow us to generate skeletal muscle and mesenchymal tissues. Furthermore, culturing cells would enable design and production of novel products.

Skeletal muscle cells and proteins are mandatory for cultured meat production. Muscles consist of muscle fibers with multiple nuclei, which proliferate when their precursor cells fuse. Embryonic stem cells, satellite cells, and specialized cells in muscle tissue can be a good source for muscle cells. Muscles can be mechanically stretched and exercised for proper development. Satellite cells, in sufficient numbers, differentiate into myotubes and myofibrils. Some satellite cells have better regenerative capacity, and are preferred for skeletal muscle tissue engineering.

Co-cultures are two different cell types in a shared medium, where the physical contact between cell types might have an influence on the cellular function. One method of co-culture grows one type of cell on a permeable membrane which is suspended in a shared common medium with a second cell type that prevents cell-cell contact. This arrangement is used to study the effects of soluble, cell-specific, and secretion products on adjacent cell types. Therefore, co-culture systems closely mimic the in vivo cellular physiology and interactions in biological experiments.

Co-culturing myoblasts and fibroblasts is a major technique in cultured meat production. A co-culture of the human skeletal muscle myoblasts and fibroblasts was carried out on a dendrimer-immobilized surface. Morphological alterations by cytoskeletal variation were observed, compared with the conventional tissue culture surface. Biochemical markers related to the formation and regulation of muscle and fat are investigated, including calpains, caspases, heat-shock proteins, and myogenic and adipogenic marker genes . Stress is also known to play a crucial role in muscle and fat mass and quality; therefore they investigated the effect of stress hormones such as cortisol and epinephrine on these biochemical markers.

Cultured meat should display the qualities of conventional meat such as visual appearance, smell, texture, and taste. Taste is species specific, each composed of more than 1000 water soluble and fat-derived components. Hence, it is more difficult to mimic in cultured meat. Efficiency and bio-conversion rate are very important for the development of sustainable meat product. The low bio-conversion rate (15%) in pigs and cows offers a wide margin for improvement. Growth media should be inexpensive, environmentally friendly, plant derived and include a well balanced mixture of ingredients and growth factors.  Possible growth media have been identified for turkey, fish, sheep, and pig muscle cells. Bioreactors shoulds supply nutrients and oxygen to cells, which in vivo are supplied by by blood vessels. It is easy to make stem cells divide, but they must divide rapidly to produce firm meat. To conclude, cultured meat is possible with current technologies such as skeletal muscle tissue engineering, stem cell, cell co-culture, and tissue culture. 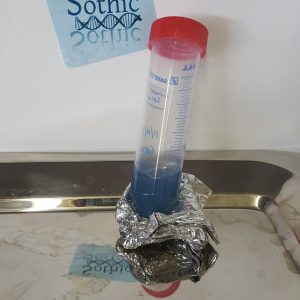 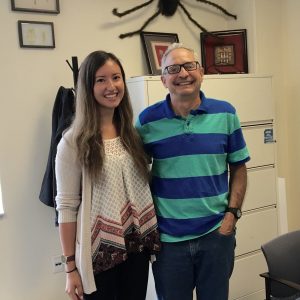