The Lost History of the Naming of Cellular Agriculture

Discussions about nomenclature typically revolve around what to call lab-grown meat. Cultured meat? Clean meat? Or my personal favorite, immaculate meat? But other terms had to be created for this work to progress, one of which was subject to surprisingly little debate. Six years ago—in spring of 2015—the New Harvest community coined the term “cellular agriculture” to describe the field of growing animal products like meat, milk, and eggs from cells instead of animals. We did so in a Facebook thread, which lived inside a now-archived Facebook Group called “New Harvest Community Discussion.”

At the time, no one knew that we were naming a field. We were just 26 people on the Internet, few of whom had met each other but all of whom were into the idea of lab-grown meat. The earliest of early adopters, commenting back and forth and throwing out names like “engineered nutrition” and “cultured consumables” until a loose consensus formed around “cellular agriculture.”

I was one of those 26 people. A sophomore in college and New Harvest volunteer, I was mostly a lurker in the Facebook group. And frankly, I didn’t think “cellular agriculture” would stick.

It’s not that I didn’t like it (I did!), but Isha was asking the group random questions every other day; I simply didn’t think too much of it!

Fast forward six years and “cellular agriculture” has now been used by the United States Government Accountability Office, in the title of a professorship at the Technical University of Munich, and in over 38 peer-reviewed papers.

Until now, New Harvest hasn’t made this story “official.” We’ve shared screenshots of the thread on Instagram and in our 2016 annual report, but they were blurry and incomplete, capturing only the first half of the thread. The full back and forth was lost to history when Isha, our executive director and original poster of the thread, deleted her Facebook profile and along with it, all of her posts on the platform.

At least, that’s what I thought…

Last week, I recovered the unabridged thread in its entirety.

I was on the phone with Sherrie, one of New Harvest’s oldest volunteers, when she casually dropped that she had printed out a physical copy of the thread after noticing “cellular agriculture” gaining traction outside of the group. Sherrie kept it all these years—in pristine condition—in her filing cabinet under “activism.” The first page of Sherrie’s print-out, which she generously scanned and emailed to me. Note the timestamp in the top right corner: August of 2015. Sherrie printed out the thread after seeing “cellular agriculture” become popular around the Internet, meaning it was in circulation around the Internet by summer ☀️

I was shocked!!!!! (But also not shocked at all because of course it would be Sherrie to quietly shepherd New Harvest’s history from cyberspace to meatspace to Panama, where she is currently living.)

I reached out to participants in the thread— messaging them on Facebook, digging up old email addresses, and sending cold LinkedIn requests. What follows is an oral history of “cellular agriculture” and the naming of the field.

In order of appearance…

“My favorite part of that moment was that it was on Facebook and a true, distributed community effort. This moment is often discussed as the time when ‘Isha’ named the field, but really, it was a moment of collective value creation where we were really strategizing through naming—thinking about the association of the terminology, and really thinking of the ‘need’ the term would fill—a way to talk about the ‘field.’

I feel like a lot of ideas come from ‘jamming’ in a group, playing off of each other and inspiring one another. I especially remember feeling convinced that cellular agriculture was the name when Kevin posted the shorthand form, ‘cell ag.’ I think that shorthand is one of the reasons adoption has spread so quickly!”

“I definitely think of Isha as the coiner, but in the spirit that so characterized NH at the time. Isha was trying to make it the product of the community of interest.

It’s possible that if Isha hadn’t coined the term, somebody else might have coined a similar convening term. It’s possible that Isha was running conversations like that on Facebook in response to a sense that people needed something like that; needed a term to cultivate or crystallize nascent interest. It’s very chicken and egg to figure out whether New Harvest at the time was simply catalyzing things that might’ve been catalyzed by something else, or engaging in what people now call thought leadership.

The term has certainly shaped the trajectory of the field. The idea that a meat company, a fish company, and a company that’s interested in egg replacements are all doing something similar to each other is enormously useful, both at the analytical level and for people commenting on the scene. That was big. Probably big in ways I couldn’t see at the time.”

“It’s a warm feeling to be part of the naming of the field! The Facebook group itself felt a bit like a home for misfits, haha. Most of the people who sought out in vitro meat content at that time were quirky. To me, it didn’t feel like a network of professionals, it felt more like a welcoming community that housed a bond over our love for a specific piece of technology.

The conversation felt important because of the degree of engagement and interest in the post, but I didn’t notice it as a defining moment in the field’s history at the time. As you can gather from reading the thread, ‘cellular agriculture’ stuck pretty much immediately.

As I remember it, people started to use cellular agriculture immediately or soon after that post, and it fit so well, it was very natural to begin using the term. So I would say it became ‘real’ immediately, to me at least.”

“I’m a true believer [in cell ag] but I don’t really get too involved anymore. It feels great of course, but as a futurist, I’m keeping my eyes on about a hundred things simultaneously so I can’t dwell on any one thing.”

“It came about organically. I don’t think any of us thought we were naming a new industry, we were just conjecturing and having fun tossing around an idea. Isha was doing a ton of public speaking at the time. She was in a position to take whatever name we decided on and run with it. We didn’t know from there if it would be adopted.

I knew it was real when I saw cell ag start showing up on GFI and other org’s materials. I thought, ‘Oh wow this is a thing now.’ So I went back and printed out the Facebook thread, because it was historic and I needed to have a copy of it. I feel like I was a tiny part of the making of history!

It’s a great term. There hasn’t been any controversy around it, unlike cultured, clean, cultivated…etc. It doesn’t offend anybody. It just describes what it is.”

“I would say ‘cellular agriculture’ became real to me when either a journalist or investor described us as a cell ag company. When the word became popular in enough circles that we put it in our deck. There are other words to describe the field but that’s the most interesting one to me in terms of the evolution of the terminology.

We’re a little different because we’re not in the meat space. We’re using cell ag to make cannabanoids. So with the type of investor we’re dealing with, we can call it whatever we want and they don’t care that much. They just understand the technology to the core. So it’s been interesting over time to see what words people choose to use in describing our company. Sometimes we don’t call ourselves a cell ag company, and sometimes we do. In our latest stuff we actually don’t use any mention of cellular agriculture, but it comes back every now and then.”

“I actually created a Facebook page for New Harvest before the group existed (I asked permission of then-leader of New Harvest Jason Matheny, if I recall correctly). Later on I joined the group when it was formed. I’m certainly chuffed although I don’t feel very responsible for the choice. People picked up on the abbreviation ‘cell ag’ so quickly, identifying it as a term easy to build a buzz around. I think the important point is that the name was a good one and is helping the research programme and political programme in a small but significant way.”

“It definitely felt like the early stages of something that could be world changing.

I was interested in the potential of cellular agriculture and excited about what Isha was doing. She asked for my opinion on dealing with some cryptocurrency stuff and I just weighed in on that convo. I feel like I was mostly just a nosey and noisy observer. I just agreed with Isha’s decision for a name.”

“I actually had completely forgotten about this thread until you reminded me. This was just one of many, many nomenclature conversations I’ve been apart of over the last seven years.

Perfect Day is a company utilizing ‘precision fermentation’ to create ‘non-animal whey protein’ using ‘(micro) flora’ to pioneer a new food category of ‘animal-free dairy.’ It’s kind of crazy how much naming we get to do as part of this journey.

‘Cellular agriculture’ is not really a consumer phrase, the same way ‘precision fermentation’ is not intended to be a consumer phrase. It’s a disambiguation that is useful for people who are talking about an umbrella category. Meaning we only really talk about precision fermentation in the context of other kinds of fermentation, and we only talk about cellular agriculture when we need to refer to the larger category of things that includes both Perfect Day and cell-based (cultivated? cultured?) meat.

These terms have the potential to become more mainstream and consumer-relevant once there are products in market. As far as I can tell, though, meat is still a long way off. For now, cell ag (which is what I more frequently think of it as) really just refers to a scientific discipline that has a lot of work to do.”

“You have to give people a slogan to rally around. I didn’t even think I was part of it, but now looking back and seeing the receipts, I guess I was! Really, it makes me validate my own thinking. I knew right away when I heard Isha speak and looked into New Harvest that the org was going to do really important things. I mostly watch from the outside and volunteer at the conference. But being able to contribute the little bits that I have…it’s kind of crazy. And definitely an honor.”

“Cellular agriculture as a concept began to feel real for me the minute I discovered New Harvest—before we even had a name for it. As the thread shows, we experimented with different names in those early days, including the ‘post-animal bioeconomy,’ but ‘cellular agriculture’ seemed to resonate with a wide variety of different stakeholders right away. I can’t pinpoint an exact moment when we transitioned to that terminology, but it had to have been sometime pretty soon after, in 2016 or so.

👋 Note: This is unfinished! If you were part of the thread and I haven’t reached out to you, please get in touch. Even if you weren’t, I’d love to hear from you. Can you remember any “firsts” involving the term “cellular agriculture?” First time it appeared in a government document?  First time gracing Tumblr? Send tips to meera@new-harvest.org

About the Authors
Meera Zassenhaus is Communications and Media Manager at New Harvest. 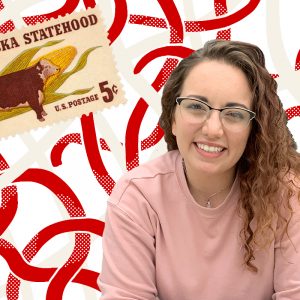 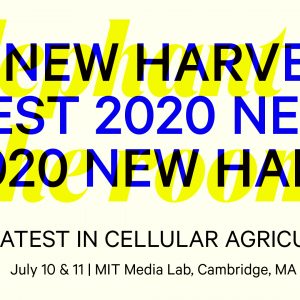