We are building a low cost, open source modular bioreactor for in vitro tissue culture to increase global access to cellular agriculture research tools. The project is a collaboration between New Harvest and the Institute for Development of Advanced Applied Systems (IRNAS) in Slovenia.

This initiative builds on a prototype created by seed grantees in the United States and Canada.

Now in Slovenia, the bioreactor travels back and forth between IRNAS and the University of Maribor as a tissue engineer tests each step and the hardware team makes changes in response.

The bioreactor is designed to rapidly adapt to a constant flurry of new research about cultured meat. Technical specifications (specs) are available on GitHub.

July, 2020 – IRNAS hosts a webinar about the bioreactor.

June, 2020 – IRNAS publishes a blog post about the bioreactor.

April, 2020 – The bioreactor begins its next phase of testing!

May, 2018 – New Harvest teams up with the Institute for Development of Advanced Applied Systems (IRNAS) to turn the prototype into an operational, open source bioreactor.

January, 2018 – New Harvest’s inaugural seed grantees build the prototype and hand over the project to New Harvest for next steps.

This initiative is a collaboration between New Harvest and the Institute for Development of Advanced Applied Systems (IRNAS).

The IRNAS team includes Boštjan Vihar and Luka Banovic. Jernej Vaja, at the University of Maribor, acts as a biological consultant. 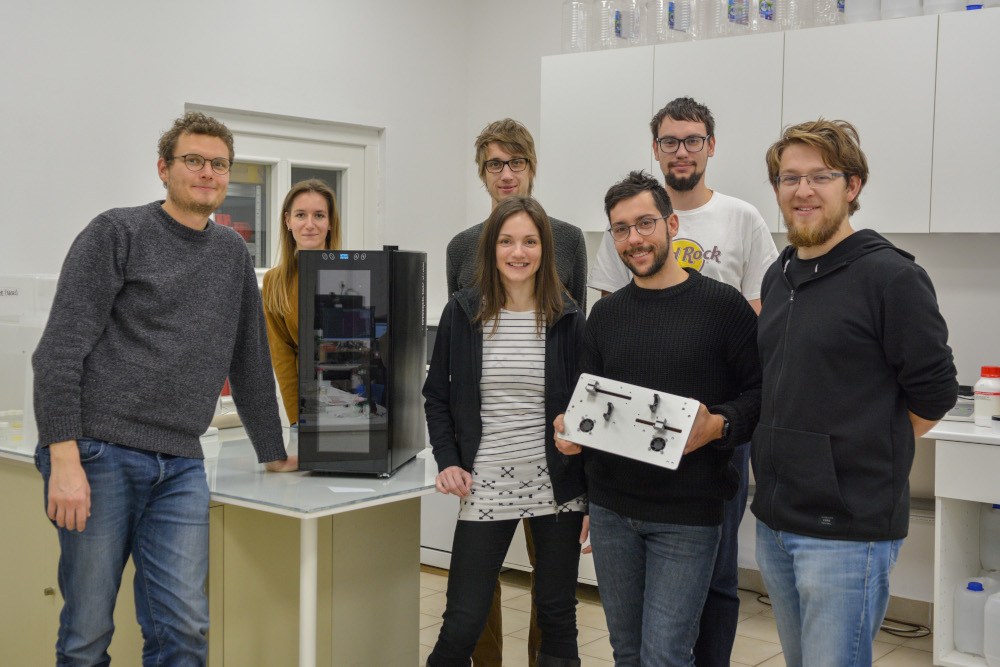 Because growing meat through cell culture is so novel a process, many questions about the safety of cell-cultured meat and seafood products remain unanswered.

This industry-wide initiative was designed in partnership with Vireo Advisors to begin a data-driven conversation about the safety of cultured meat. 50 leading companies shared previously unpublished details about their manufacturing processes which we used to create a body of publicly available information about how cultured meat is produced and what safety hazards might be introduced along the way.

Consumer acceptance is key to realizing the potential benefits of cellular agriculture.

New Harvest, in partnership with the Environmental Law Institute, assembled the first American focus group to understand public attitudes about cellular agriculture and cultured meat. The two focus groups interviewed as part of this initiative provide an important qualitative perspective on how the public weighs the potential benefits and risks of cultured meat and cellular agriculture.