How Myogenesis is Stimulated In Vitro

Cellular agriculture has to do with creating animal products without the animal. When it comes to creating meat products, this requires us to be able to turn individual cells into fully formed muscle tissue without using the biological capabilities of an animal. We more or less have to start with what an animal starts with and end up with what an animal ends up with but create our own “machine” capable of fulfilling all the same processes in between. This is what cellular agriculture is all about — finding an alternative way to replicate the biological processes fundamental to the generation of animal products.

Which begs the question, what are these biological processes that we need to replicate?

Well, as animals grow and develop, their bodies create cells and these cells specialize to perform specific functions (pump blood, transmit neuronal signals, contract…). But, these cells don’t just pop out of nowhere. Muscle cells in particular can be traced back to a process called myogenesis.

Myogenesis is the process in which our mesodermal cells become muscle tissue. This process naturally occurs in vivo (within our bodies) but it can also be replicated in vitro (in a machine) to create cellular agriculture products. For now, we’re going to be taking a look at how we can replicate Insect Myogenesis — specifically that of Drosophila (the fruit fly) in order to apply it to entomoculture (the culturing of insect tissue).

It all starts with an insect’s embryonic stem cells — totipotent cells which have the potential to become all of the kinds of specialized cells that an insect eventually has.

Embryonic stem cells with high levels of dorsal protein are activated by zygotic genes. These genes code for the transcription factors Twist and Snail (proteins involved in mesodermal tissue formation).

The dorsal protein is passed down to a fly embryo from it’s mother and encourages cells to divide, morph and migrate to form a monolayer (a layer just a single cell thick) over the ectoderm. The ectoderm is one of the 3 embryonic germ layers, and as these stem cells fold over a ventral furrow, they create another such germ layer called the mesoderm. Our cells are now called mesodermal cells.

It is thought that due to the literal proximity of the ectoderm and these mesodermal cells, cell cross talk between the two layers influences the fates of mesodermal cells. For instance, ectodermal signaling molecules called Wingless and Decapentaplegic induce patterning in mesodermal cells and influence whether or not they give way to cardiac or somatic lineage.

And of course, autonomous signalling (signalling within mesodermal cells) also plays a role in determining cell fates. Segmentation gene products (proteins generated by genes responsible for these patterning trends) called Sloppy-paired and Even Skipped create “zones” of mesodermal cells with high and low expression of the Twist transcription factor. Zones with low Twist and high Even Skipped eventually give rise to cells with cardiac and vascular lineage and cells with high Twist and high Sloppy Paired eventually give rise to cells with somatic muscle.

Then, these myogenic progenitors divide asymmetrically in one of two ways.

As these individual cells fuse, they form multinucleated myofibers which is the finished embryonic muscle.

Now, in an actual insect, all of this larval muscle is then destroyed during metamorphoses and a similar process takes place in order to create the adult muscle. This is where the quiescent adult precursor cells come in, and they use the old larval muscle as a sort of mold around which to grow.

But, this part is not of so much concern to us in cellular agriculture, because we can stop the process before metamorphoses and just be left with the muscle.

How this applies to Entomoculture

So now we have to replicate this entire process in order to create insect tissue. The helpful thing is that most of the important points in the process (cell signaling and differentiation) were initiated from with in the cell. The only thing we really have to do is feed them so they have the nutrients to be able to carry out those natural abilities.

And that’s how our cellular agriculture machine replicates our biological process in order to create cultured meat! 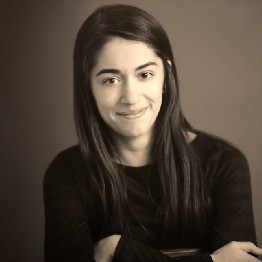