Getting to Know… Yuki Hanyu of the Shojinmeat Project

The Shojinmeat Project is an inter-disciplinary collaborative project aimed at the development of cultured meat in Japan. The project consists of a number of volunteers working in a variety of “clusters” in both scientific and non-scientific subject areas, giving rise to the startup Integriculture Inc. 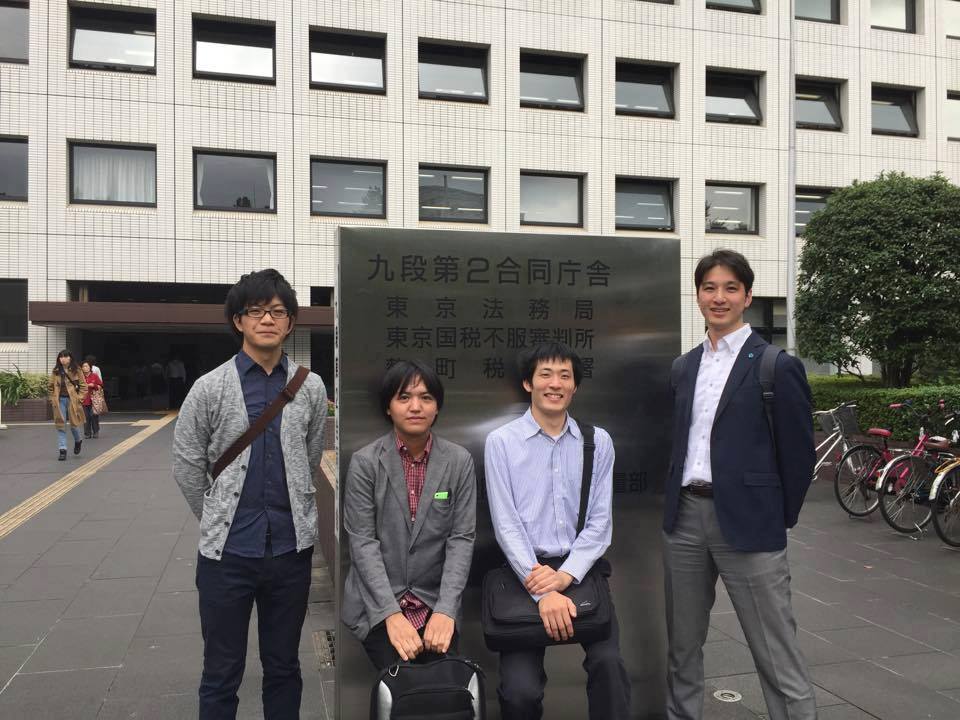 Hi Yuki! Can you tell us a little bit about yourself?

My background is in Chemistry: organic and biological. My university was Oxford, at the time I was working on Nanotechnology, and after that I did my post-doc in Tohoku University, Japan. While I was there, I realized that I need to learn systems engineering and joined Toshiba. After that, I started my own thing, which included founding Shojinmeat Project. I actually don’t feel like a founder but more like a convener, by raising the topic and finding more people who are interested. It’s not yet an officially registered organization, but we are working to make it a legally defined entity.

How big is the team?

At the moment, the team is about 5-6 committed members and around 20 volunteers based in Japan. As you know, cultured meat spans many different topics. So there are people working by “clusters” defined by discipline or areas of interest. I’ve always been interested in “dream science” – I’d already been thinking about cultured meat when I was around 8 years old, through reading science fiction mangas. I thought “in the future, I want to build spaceships or make cultured meat” – those kinds of wild ideas!

Wow! So do you identify as a futurist?

Yes. When I was in middle and high school I was always building sci-fi cities in SimCity and playing the typical “sci-fi stuff”, and I haven’t really grown up since then. In America, people watch Star Trek and get inspired by what they see on the show, and the same thing happens here.

Definitely. From your perspective in Japan, how is the public responding to Shojinmeat?

It’s difficult to say, because we haven’t approached all sectors of society. We generally reach more young people with a soft interest in science and pop culture (in the “geek/otakusphere”), and so far it’s been overwhelmingly positive. The science people know about this stuff, and the pop culture people are somewhat familiar with it through creative works. The people we haven’t approached are the elderly. Over 30% of the Japanese population is over 65 years old, and we can’t really say definitive things until we’ve approached that demographic. As a start, we’re approaching Buddhist organizations and asking what they think.

And is that where the word Shojin comes from? As a Buddhist concept?

It’s from “shojin ryori” – the vegetarian cuisine for Zen. Shojin means devotion to path: nonviolence, middle way, harmony and all of those things. Our message is that the ongoing environmental destruction and all the unsustainable practices don’t align with this path. This conceptual image from the Shojinmeat Project website shows an imagined facility on Mars where humans culture meat as a source of protein.

That’s the work of one of our volunteers, who is in high school!

That’s amazing! How do you find your volunteers?

We basically spun out of a place called Lab Café in Tokyo, and that’s where people – mainly scientists – who aren’t satisfied with just working in the lab every day. It’s kind of a secret hideout for them. Many of them are hardware and software engineers, but some are biologists and chemists. I walked in and talked about my interest in cultured meat with some friends there. As we talked through, I met my co-founder and a few volunteers, and that started our team. We launched Shojinmeat Project in April 2015, and then founded Integriculture Inc. in October 2015.

How does Lab Café support itself?

It’s supported by a patron, a man who said “there should be a place where future-oriented people can gather” – he was inspired by communities in Silicon Valley. Cafes where developers and programmers come together and come up with new ideas. TEDxUTokyo (University of Tokyo) and a number of startups and organisations are also based there.

Are you doing speaking engagements or any other kind of public promotion of the Shojinmeat Project?

Only occasionally. We were on national television last fall and January, and we had our booth and session in Science Agora, a public science event organized by the Japanese Science and Technology Agency.

And I understand you went to the Cultured Beef conference in Maastricht this past year. How was that experience?

It was very inspiring and interesting to see how we place among the cultured meat community. It’s a small community and there aren’t many biohackers in cellular agriculture yet. I read about how small the community is and I saw that myself. But we are starting from there.

That’s very true. And how did you find out about New Harvest?

I’ve known about New Harvest for a long time – around the time I started studying cultured meat in early 2014. We found NH some time in 2014, just by surfing the internet.

I understand you guys have a pretty unique approach to fundraising?

We provide scientific graphics (at www.scigra.com), the kind you see on the cover of a magazine like Scientific American. We use that revenue to fund Shojinmeat, so the project is pretty much self-funded. SCIGRA is also a science communication tool for Shojinmeat. We are trying to expand SCIGRA to raise more fund, and we might sell creative works like manga (which depicts cellular agriculture) too in the future. Integriculture Inc. is operating as a for-profit entity, while Shojinmeat Project operates as a non-profit. A sample of cultured meat produced by Shojinmeat, shown being cooked and eaten in this Youtube video

Are you staying focused on meat?

Cultured meat and cellular agriculture is our big target, but it’s also a milestone. Our ultimate goal is manufacturing by cell culture.

What type of meat are you interested in starting with?

We think it’s not efficient to come up with a complete medium first, so we take basic medium and co-culture with liver cells, which produce various growth factors for muscle cells. We’ve already submitted a patent based on this concept.

Have you tasted it?

Not yet, for cultured foie gras. But we did taste cultured meat, which we posted on a video sharing site. The video combined with our fanzine booklet, created a bit of a buzz in January.

For sure! Would this foie gras product be sold on the Japanese market?

It’s still early stage so we haven’t decided on where it will be sold, but we’re thinking of California too.

What do you envision in the next few years for cell ag and the Shojinmeat Project in particular?

If the culture cost comes down, the public will see cellular agriculture as something more practical. For the Shojinmeat Project, simply, we’d like to make cultured meat cheaper. We have a running setup that can grow 50g per batch with our low cost medium, but we still have to improve on prevention of contamination.

I see. Are you looking to grow the team?

More research staff would help. I’m the only full-time member, but we have a PhD that will be joining us full time soon, and another after that, but that will still be only 3 people.

What can NH do to help?

Help spread the word. Our viewpoints on cultured meat are quite different from others. I found at the cultured beef conference that many people are motivated by animal rights. But in Asia the perspective is different. That’s understandable, because until now, most of the researchers in cultured meat are US and EU based, so the viewpoints of scientists in Asia haven’t been included. Something New Harvest can help with is to and diversify the viewpoints that are included in the conversation.

Those are really great points. We’d like to diversify the basis of support in cell ag in general too. The conversation should be multi-dimensional and inclusive.

Yes, and selling our booklet at ComicCon-like events has been good for outreach too.

Was that strategic or just out of personal interest?

Both, actually. I do computer graphics and virtual reality as a hobby and I was distributing my work in Comic Market. There I thought “the people at Comic Market may be a good target audience for cultured meat”.  So we decided on selling our cultured meat booklet too.

People would photograph the book, and then post it on Twitter. And that raised awareness in Japan quite a bit. Japan is in quite a pressing position because we import most of our beef and price is a concern. And China has started importing a lot of meat from Australia. That and other factors have been causing the price of beef to jump in Japan. Dr. Ikko of the Shojinmeat team cleans a CO2 incubator.

I’d say a patent pool. And for anyone who would like to support the Shojinmeat Project and has a need for scientific graphics, please visit SCIGRA. We take orders in English as well!

So the funds that are generated there directly support the Shojinmeat Project?

Wonderful. Thanks Yuki, all the best to you and the team!