Getting to know…John Pattison and Ian Johnson of Cultured Decadence

I spoke to John—a former New Harvest intern and the current treasurer on our board of directors—to hear about his experience starting a company. Ian also joined the call to share his technical perspective. 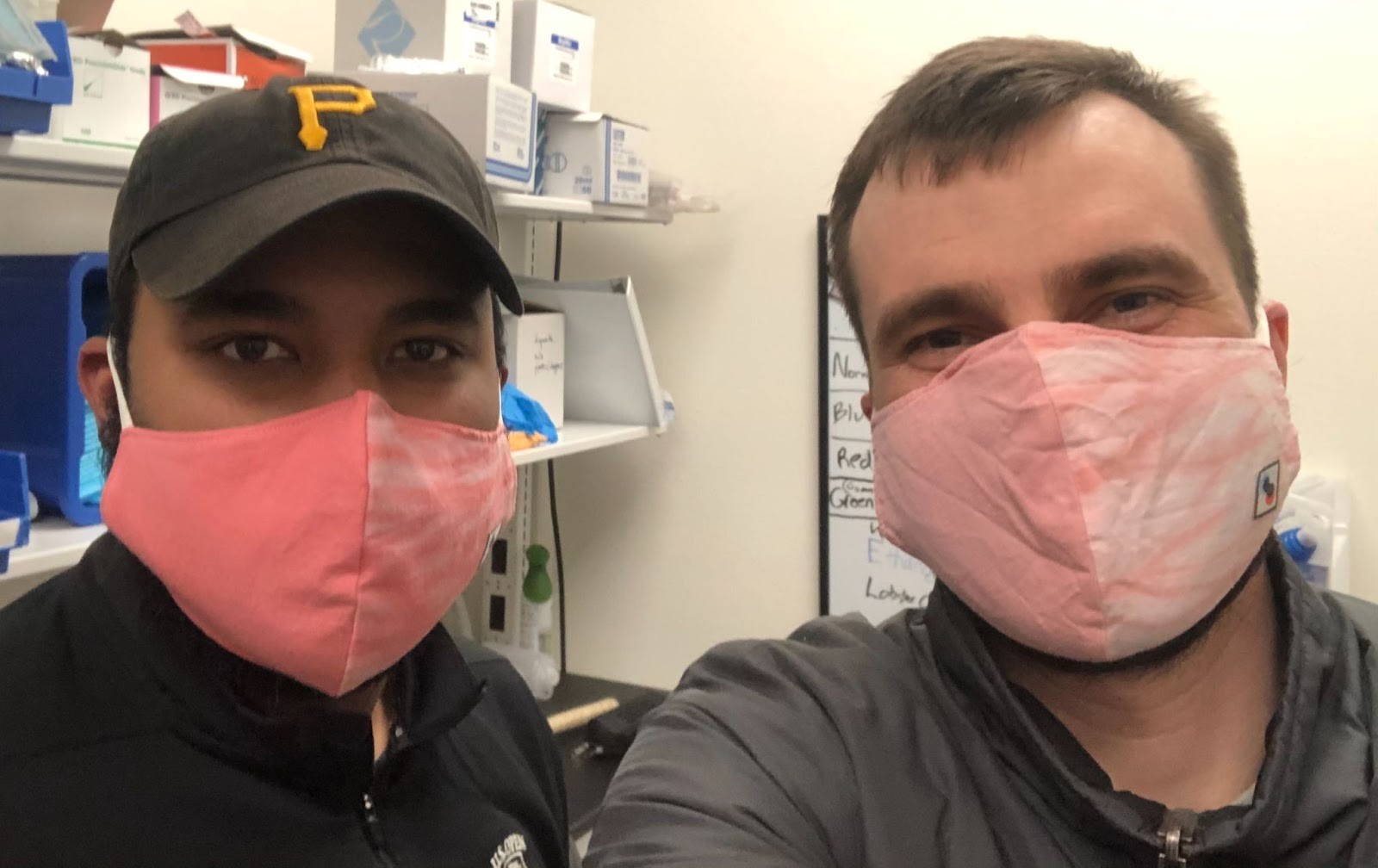 How did you find out about cellular agriculture?

John Pattison: I found out about cell ag back in 2017. I was in an MBA program at NYU at the time and was on my way to class when The Economist handed me what I thought was a free hamburger. It turned out to be a Beyond Meat burger, which blew my mind. I started researching more into the food system and how that impacts the environment. I dug deeper and heard about the cell cultured vertical within the alternative protein space. I started asking around NYU and eventually a professor of mine mentioned New Harvest and GFI. I started donating and eventually got in contact with Isha, which snowballed into a whole variety of different opportunities.

Ian Johnson: I have a background in skeletal muscle regeneration but was working in the vaccine space while living in the Bay Area. So I started looking for companies that were doing regenerative muscle because that’s my background and where I wanted my career to go. The cell-cultured meat industry was just emerging and I really wanted to join a company as soon as possible to contribute.

Why did you decide to work in cell ag as opposed to the plant-based side of the alternative protein industry?

JP: As a meat eater, I have a personal desire to create a more responsible system that doesn’t compromise on the end user experience. I believe eating the real cells is really important to that experience overall. The vast majority of consumers want the real thing, and if we can provide that to them in a way that’s less harmful to animals, less harmful to the environment, and more sustainable, I think they would opt for it as long as they’re not compromising on price, taste, and safety. Even though there are some huge challenges around cell-culture meat compared to plant-based meat, it’s way more exciting and offers a more promising future.

You were a New Harvest intern at one point (like me!). What did you do while you were at New Harvest?

JP: When I first started, I was helping out with various projects, typically around finance. After a couple months, New Harvest was looking for a new treasurer, and Isha approached me about taking on that role. I came onto the board in that role, and continue to serve in that capacity today.

How did you two end up meeting?

IJ: We met in the Bay Area when we were both at our previous companies. We connected initially playing golf, and that’s how the idea of Culture Decadence was really born. We really just clicked on R&D goals, milestones, commercialization, and ways to approach building a business in an entirely new category.

John, you worked at a pretty prominent cell ag company—New Age Meats—and you, Ian, at Finless Foods, prior to starting Cultured Decadence. What prompted you to make the jump from working at a cell ag company to starting your own?

JP: The whole cell ag industry is still very nascent. Our previous companies were fairly committed to certain strategies in terms of what they thought was best in bringing the technology to market. We had differentiated enough views and ideas that it made sense to branch out on our own. How did you come up with the name Cultured Decadence?

JP: We considered a lot of different options. From the beginning, we’ve believed “cell-cultured” had been and continues to be the best modifier for what the technology is and what the products will be in the future. We wanted to incorporate part of that into the name of the company, so “cultured” describes how the food is made. And then “decadence” has some duality in that some people refer to shellfish, crustaceans, and lobster as a decadent culinary experience. However, we were also thinking about the fact that the animals that we’re focused on right now are all decapods—they put the “deca” in “Decadence.”

Why did you decide to focus on lobster, shellfish, etc.?

IJ: At my previous company I was doing fish, but I have a background in a variety of different cell types and species. We analyzed the market, screening for a high unit price point, environmental impact, and opportunities to develop IP. Crustaceans, especially the American lobster as a first species, matched all of our criteria. Eventually we leverage our expertise across a variety of shellfish and product types.

Most cell ag companies are founded in the Bay Area, why did you decide against that?

JP: That decision was based on both on our respective experiences working in the Bay Area, but also having grown up in non-coastal cities; Ian is from Pittsburgh and I’m originally from the Milwaukee area. This technology is going to take time to ramp up, so there’s going to be multiple years when you’re not generating revenue, but you need to build out your team and grow your footprint. We thought that being in the Bay Area was going to make that even more difficult, irrespective of the unique R&D challenges cell ag companies face.

You are one of the only cellular agriculture companies in the Midwest, and the only one in Wisconsin. How did you land there in particular?

JP: When we reviewed different cities, we looked first for areas with really strong talent pipelines— regions with R1 universities, and PIs and labs with expertise in cell culture, food, regenerative medicine, and tissue engineering. We then looked for areas that had existing industry with well-trained people in those same specializations. The Midwest is definitely one of those hotspots, there’s a lot of talent here from both perspectives.

What has your experience being in the Midwest been like?

JP: It’s been a net positive. Certainly it’s different—maybe there’s a little bit more of a baseline that you have to establish. At the same time, different stakeholders latch onto different things. On the VC side, some of them really understand “Hey, everything’s 50% off in the Midwest compared to the Bay in terms of expenses.” It’s much easier to do certain things, whether it’s initial research, expansion, or scale. It’s even about being able to educate people about the fact that cell culture happens outside of the coasts. That’s kind of crazy, but there are some people who are shocked to hear that.

I certainly didn’t realize the Midwest was such a biotech hub! What sorts of biotech is happening there?

JP: There are a ton of biotech companies here—Catalent, MilliporeSigma, Promega, PPD, Exact Sciences, Illumina, in addition to numerous startups. There are also a lot of different state programs. The state has been really supportive of what we’re doing, which has been very exciting. We didn’t foresee the pandemic coming, but being in an area of the country that supports R&D has allowed us to continue our work uninterrupted and allowed us to make meaningful progress during these unprecedented times.

What sort of future do you think cell ag has in the Midwest?

JP: When we were choosing a location, we wanted a spot where we could both do the research and scale up effectively. Because the R&D process and the production process for this type of technology is going to be very closely linked, it’s important to have that co-located. Part of the promise of this technology is that it will be decentralized, protein will become increasingly accessible to a wider range of people. Being here in the Midwest is a great demonstration of what that will be like long term, especially for seafood. Something like distribution costs, distributing from the center of the country is going to be a lot cheaper than trying to start from New York or the Bay Area, and will hopefully contribute to the overall reduction of environmental impact of supplying food throughout the country and across markets. What is Cultured Decadence working on right now?

JP: We’re about a year in (in terms of being in the lab), and in that time we’ve been focused heavily on cell line development, and media development and optimization. We’re now getting more into tissue engineering and getting higher fidelity, more structured prototypes. We’re still at bench scale, but we’ll continue this trajectory of really aggressive progress. In the coming years, we’ll look at scaling up and commercializing the first ever cell-cultured lobster meat that comes from a non-coastal city and state.

What is your long-term vision for Cultured Decadence?

JP: We see a world where we don’t have to use animals to create animal products. I think that vision is shared with a lot of companies in the space. For us specifically, meat for human consumption (or consumption in any form) is the first focus of our company. Looking at the other products that come from crustaceans is also very interesting to us, and something that we hope to leverage our system to produce long term. There’s a twofold motivation for that. One is to just move away from animals in the supply chain. But two, I think there is a really pressing need to develop these technologies because of the impact that current production methods are having on the environment. Creating alternatives that help preserve and protect the oceans, land, and the environment overall is really important to us. As a veteran, I’ve certainly let my mind wander into, “How could cell cultured meat technology be applied in conjunction with some of the typical operations and missions that the military performs?” but I think that that is probably years or decades down the line.

How has being in the army impacted your perspective? I’d also love to hear more about how you’d imagine cell ag being used by the military!

JP: I loved my experience in the army. It’s something that I wouldn’t trade for anything. It’s helped with my organizational management, planning, and general resilience—especially in terms of facing challenges and always looking for a solution. It’s allowed Ian and I to build a culture of integrity and innovation with the rest of our teammates and partners. As far as cell ag in the military, I’ve had my share of MREs (meals ready to eat), and there’s other cell-cultured meat technology that might be applied to MREs to make them more nutritious or delicious. We hope to be a part of that in the future. I’m pretty sure I’ve never seen a lobster MRE anywhere, but maybe we’ll be the first to develop it and put it into service.

If you could try any cell ag product besides what you’re making at Cultured Decadence, what would it be and why?

IJ: Steak is my favorite meat product, so anyone that’s doing the thickest cut of steak! Aleph Farms just made a ribeye, it would be that for me.

JP: Something from Memphis, Just, or BlueNalu. They’ve been around for a bit and seem to have whole muscle or whole cut prototypes in the works. I’d be curious to try those.

Want to learn more about Cultured Decadence? Check out their website via cultureddecadence.com, their LinkedIn via @CulturedDecadence, or their Twitter via @CulturedLobster for more info, updates, and job postings! 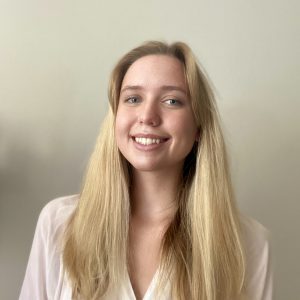 Morgan Ziegelski is a Science Communications Intern at New Harvest. She is originally from Chicago, IL and currently attends the Georgia Institute of Technology in Atlanta, GA, from where she will receive a BS in Chemical and Biomolecular Engineering - Biotechnology Option in 2023. In addition to her work with New Harvest, Morgan has worked under Prof. Tobin Marks at Northwestern University researching oxidative coupling catalysis and under Prof. Rachel Chen at the Georgia Institute of Technology researching oligosaccharide synthesis biocatalysis and pathway engineering. In her free time, Morgan likes taking care of her houseplants and sings alto in choir.