Getting to know…Dwayne Holmes, Director of Responsible Research and Innovation

Dwayne Holmes is our new Director of Responsible Research and Innovation, a role created to help us advance our updated mission to “maximize the positive impact of cellular agriculture.” He joins us from Mosa Meat, where he led quality assurance and regulatory work. Based out of the Netherlands, Dwayne will be expanding New Harvest’s work in Europe and Asia. 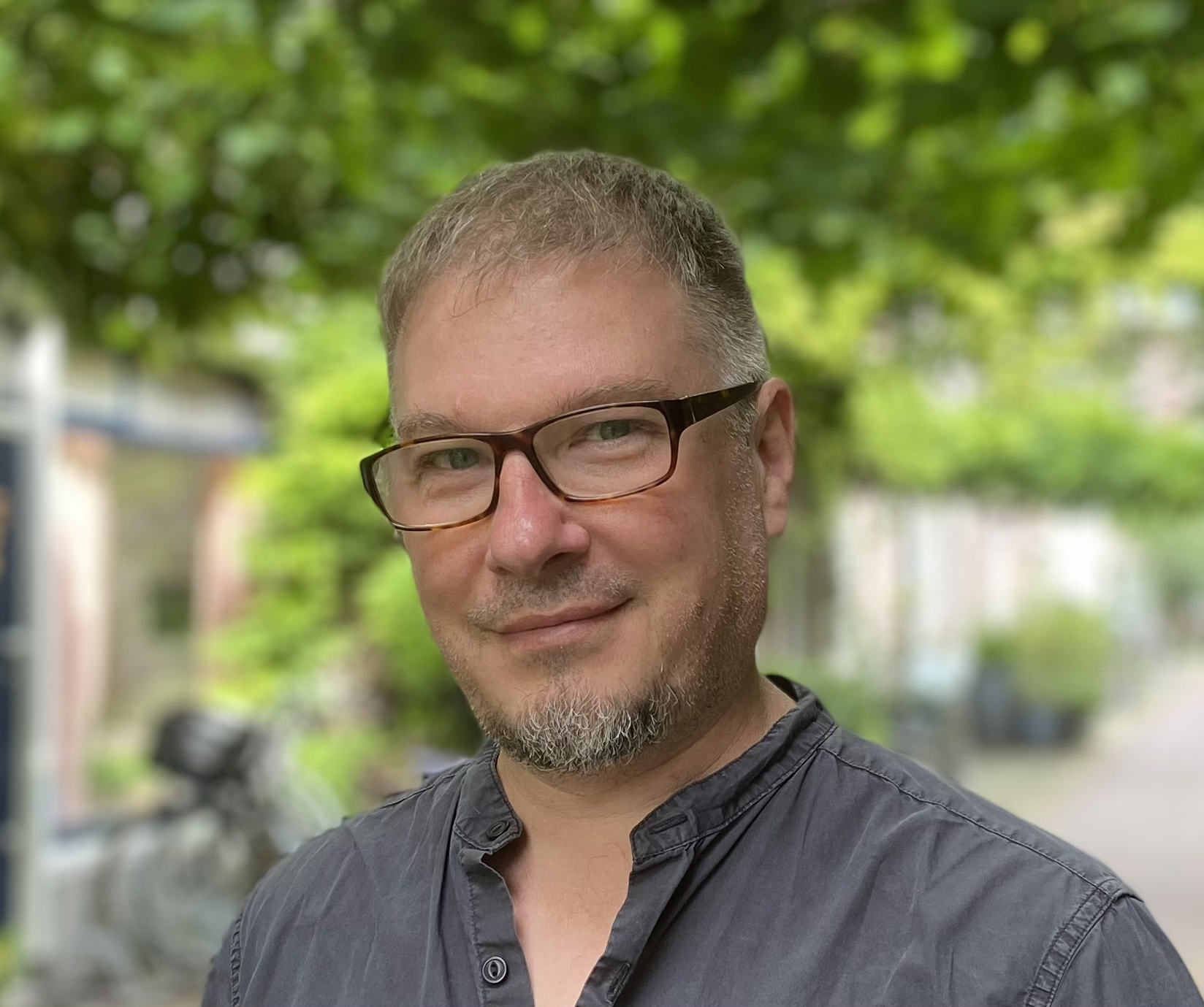 How did you find out about cellular agriculture? How’d you end up here?

I realized the possibilities of cell ag in 2009, 2010-ish during a Master’s program in molecular biology. It hit me very quickly—when I saw what was being done with stem cells—their potential for food production and what that could mean for society. I was like, okay, this is important.

What other work did you do with stem cells?

After my master’s I went on to do a PhD in neuroscience, doing stem cell research focused on childhood neural disorders. At the time I still felt it was going to be a while before that sort of technology (cultured meat) came about. But during my PhD, in 2013, Mark Post made his cultured burger. I realized maybe that technology was moving faster than I thought, and I decided to keep my eye on it a little bit more. It’s regenerative medicine, right? If you’re making body parts, organs, then you can make meat. 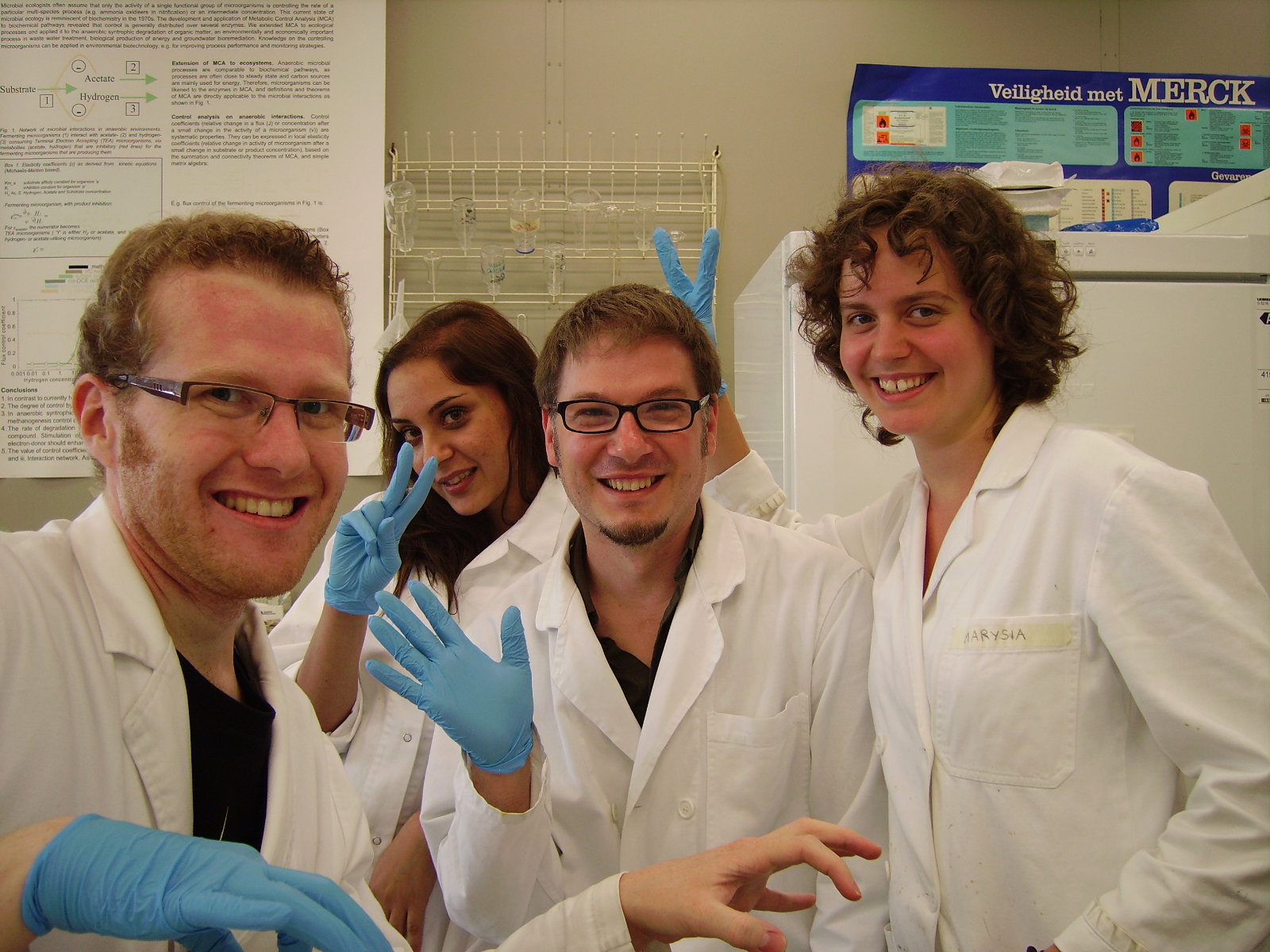 Dwayne during a Masters program internship with fellow interns

That sounds like a really cool PhD, first of all! Did you ever do any work in neuroscience or did you go right into cell ag?

I definitely explored all my options, including neuroscience, but in the end I went straight into cell ag. The question at the time was do I start my own company or do I join forces with one that already existed?

And why did you choose the latter option—to join forces with Mosa Meat, a preexisting company?

It was pretty pragmatic. I figured that as a scientist I would be able to contribute a lot more to a startup than I would while establishing a company. And it would be a lot harder to raise money, especially in a short period of time, to become “competitive” with those that existed. With two startups in the Netherlands already, that could be real competition! Plus, the position offered by Mosa was pretty unique, building the scientific case for a cultured meat product, and working with multiple stakeholders.

Since joining cell ag, what changes to the field have you seen? What’s most exciting to you?

I’ve been excited by the growing interest in safety standards and regulations. Singapore put together something so they could actually review a cultured meat product. The USDA and the FDA also defined their roles. Governments are starting to take cell ag seriously and understand they have to learn more about it. That’s a good thing! This less glamorous stuff pushes things forward more than you might expect.

Coming to New Harvest from Mosa is a pretty big transition, from industry to nonprofit. How did you make that choice?

When I came out of Mosa, I was still thinking I was going to stay in industry, maybe even start my own company! Isha pitched the idea of an intrapreneur—where you’re not working for money for yourself, but you’re using somebody else’s money and taking risks to make some changes. The question I was confronted with is – am I concerned with making a product or really trying to be engaged in helping the industry? I thought maybe I can actually make the changes I want and help the industry better by not being another competitor in the race.

It’s been fantastic! I’m continuing my safety work, and feel like I’ve been able to free myself of some of the constraints of having to be concerned about making a profit, or doing a business-specific task which might not help the industry move forward. Especially when we’re talking about a very IP heavy environment. I talk about the “siloing of information.” We’ve got all this information in these different silos for different companies. That can be very frustrating as a scientist. Now those constraints are lifted, and I can explore how I can help move that information into a better and more functional environment.

You’re originally from Chicago (like me!), how did you end up in the Netherlands?

I was going back and forth between Chicago and the Netherlands for a while, and then the financial crash hit. I figured I should go to graduate school—kind of weather the storm that way—and see what comes out of it. I wanted to be in Europe, and since I had a lot of experience with the Netherlands, that was one of the main places I applied.

Do you ever imagine coming back to the US, or do you think you’ll stay in the Netherlands?

No. I do love Chicago and there’s a lot I love about America…it’s really the government that I have issues with. I don’t see myself returning to the US until there’s more stability. I haven’t actually visited the US since I’ve moved here.

We’ve talked a lot about your professional career, but you had a really interesting introduction to the team where you talked about your experience in the arts with writing and filmmaking – I want to hear more about that!

My undergraduate was in philosophy and sociology, and I always loved movies and reading. Eventually, while working on a project for the EPA (Environmental Protection Agency), I started hanging out with people in film school and got into screenwriting. When my company’s contract ended with the EPA, I decided to try filmmaking out! Mostly I did screenwriting, and it was actually a screenplay I worked on, a sci-fi piece about the future of meat production, which kept me interested in that topic and prepared me to recognize the value of stem cells when I learned about them.

What are you reading right now? Any sci-fi recommendations?

Ancillary Mercy by Anne Leckie, the last in the Ancillary trilogy. Would recommend. 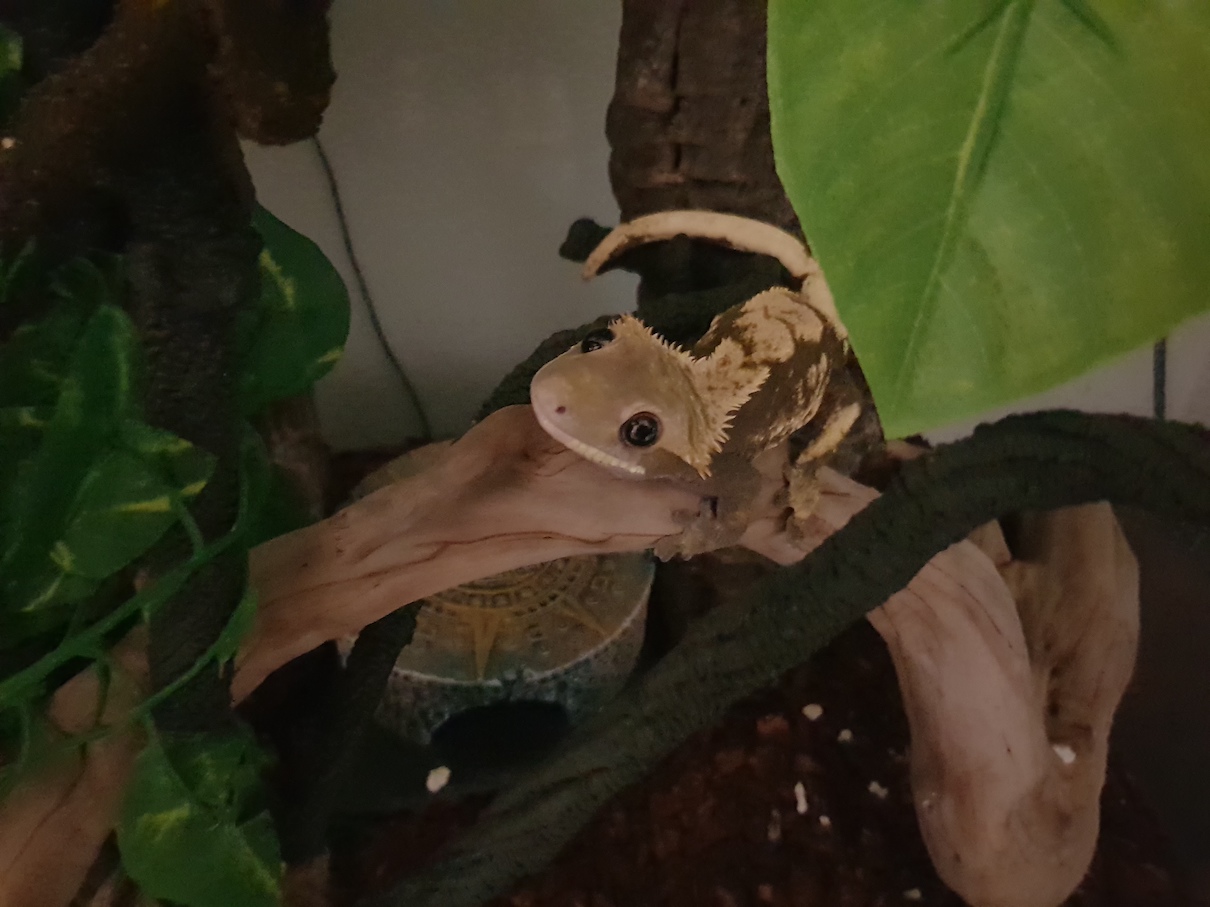 Dwayne’s gecko Zippy, who’s simply too cute to leave out

If you could try any cellular agriculture product, whether or not it exists right now, what would it be and why?

Oh, this is easy. Bacon! I’d also love to eat a Chicago deep dish pizza stuffed with pepperonis and sausage where all of it, even the cheese, is made from cell ag technology and could count as vegan. Further still, I would love to try a product that has no connection to traditional foods, offering new flavors and textures, that adds something truly novel to the world. I always thought this could happen on our way to trying to recreate traditional food products. 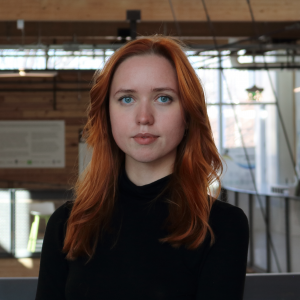