Abi Glencross is a New Harvest Research Fellow and PhD student in London working to create “steak without cows.” Abi talks to us about the difficulties in growing muscle tissues larger than .5mm, designing bioreactors, and blurring the line between art and science. 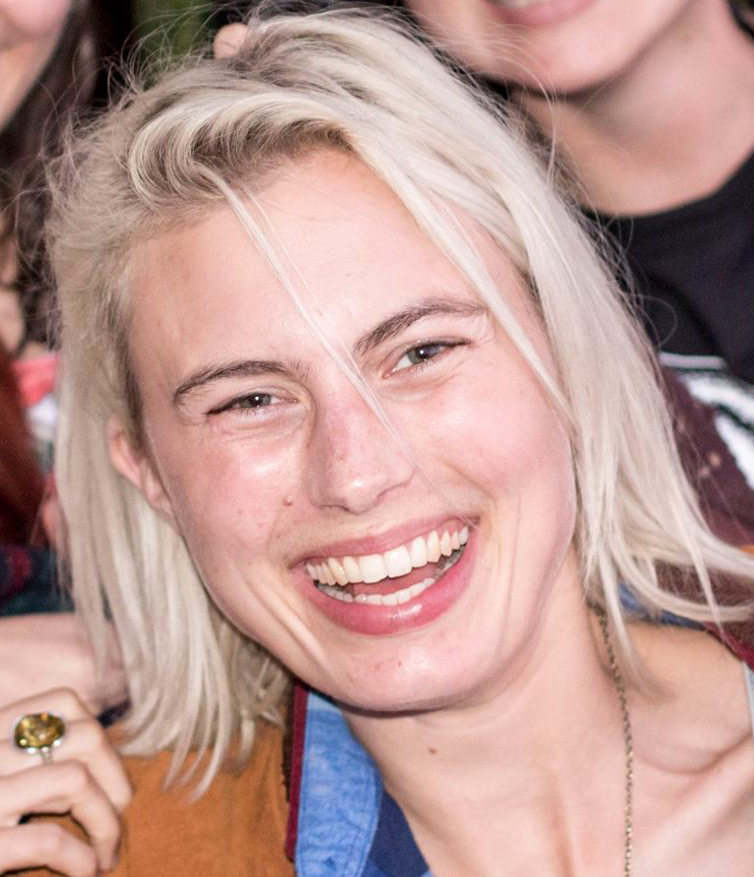 Abi is a chemical engineer by trade, but took on a PhD because she wanted to contribute to society through science. She was hooked from the moment she was first introduced to cultured meat. Now, she’s in the lab designing bioreactor configurations and revolutionizing animal agriculture.

I have become The Meat Lady, and you know what? I’m pretty down with that!

NH: What brought you to New Harvest? How did you get involved with cellular agriculture?

Abi: I studied chemical engineering at the University of Bath. For my final year design project I worked under Dr. Marianne Ellis, and she introduced me to cultured meat. I left science for a bit after I graduated, but I realized nothing made my heart sing like cultured meat, so I set out to construct and find funding for a cultured meat research project. Mark Post, who made the world’s first cultured burger, helped me create a proposal, and Lucy Di Silvio, head of Tissue engineering and Biophotonics at King’s College, agreed to supervise me in her lab.

Abi: It definitely took time and patience. As Mark said, “You may have to kiss a lot of frogs to find your prince.” I attended every seminar, exhibition, and lecture, hoping to chat with someone who might help me find funding. One day I went to a festival where I listened to a talk on happiness. I still didn’t have funding at this point, and I sat crying in the corner realizing I couldn’t be happy unless I was working on cultured meat. Then, on the first day of the festival, I got an email from New Harvest with news of people who were interested in funding our work, an awesome group called MaxMind. I’ve been on cloud nine ever since! NH: You’re actually from a rural background, right? Have you always been interested in agriculture?

Abi: I do, a little town in Cornwall, UK. Many of my best friends’ families back home are dairy and beef farmers, so I had a really romanticized idea of farming until university. As a kid I wanted to be a presenter for the TV show “Countryfile,” which is essentially just traveling around talking about agriculture and science. I seem to have inadvertently held onto that dream, because when I learned that I could use biochemical engineering, social engagement, and art to help solve the problems in modern agriculture, I knew what I wanted to do!

NH: What do you mean by using art? Aren’t you a scientist?

Abi: I’m keen on blurring the lines between art and science. My dream is to showcase the intriguing world of science, out of the lab! I’m talking at the Fireside and Wilderness Festivals this year with the amazing Utopian researcher Dr. Bramwell. My team and I are also designing exhibitions for galleries and such to bring incredible cellular agriculture research out into the world.

NH: That’s amazing! What else do you do outside of the lab?

Abi: I live in a converted warehouse fondly nicknamed “Cara Castle” in London with five girls who I love. I help run the magazine OnIn.London, which is a guide to the “off the beaten track” parts of the city. I’m a serial runner. Running helps me sort out all of life’s problems. I also still model when a really cool brief opportunity comes up!

NH: Wow! Model? Professionally? How did that come about?

Abi: I was scouted a few times when I was 15, but it was when I moved to London that I was scouted and signed by a big agency. I worked that summer for clients like Toni & Guy, L’Oreal, DRAFT magazine, and ended up doing London Fashion Week.

Modeling is a brutal industry. I did attend some hilarious castings, like one for a music video where apparently I couldn’t street dance because they asked me to move out of the camera’s way, but it became soul destroying. I left the industry and used the money to travel in Asia with my school chums. I vowed never to model again, but that was short-lived (it pays the bills), so now I only take jobs that sound fun and creative. I hope it shows roundedness, that I can work in the lab and be a model too, but this time on my terms! NH: It definitely shows roundedness. And, you’re breaking the stereotype of the scientist as a nerdy guy who lives in the lab! Any other fun facts?

Abi: When I was 19 I went on the UK show “Total Wipeout.” Basically you get annihilated by large inflatable things in search of £10,000. I didn’t find the money, but I did meet some bizarrely brilliant people! I can skip with my arms—they’re super long and I can skip without letting go of my fingers—and I competed internationally in a tetrathlon (swimming, running, shooting, and riding cross-country) for the Pony Club. I’m also obsessed with peanut butter. I even make my own for the house now, so I can make sure it doesn’t have palm oil and instead has hidden yummy treats like cacao!

NH: Are you vegetarian or vegan?

Abi: Contrary to popular belief, I’m not. I think this helps me connect with people and empathize when they express difficulty in opting for an animal product free diet. I’ll admit my housemates and I do drink alternative milks and rarely cook meat, but I try not to use the words “vegan” or “vegetarian.” I think that with labels we end up fighting amongst ourselves rather than against factory farming, which both meat and non-meat eaters agree is disgusting.

NH: How do people normally react when you tell them that you’re working on culturing meat?

Abi: I love telling people what I do! I usually go with the intro, “I grow meat in the lab.” Responses have been incredible. The other day one guy did express his disgust—I talked to him for about 20 minutes, he walked away, and then he returned an hour later saying how good an idea he thought it was! In the end the general public will be the consumers, so involving them in cellular agriculture’s development can only help a smooth introduction into society.

Abi: It’s so utterly humbling to have people believe in what I (with the help of lots of incredible, driven people) can do. I really have pride in my job. It’s not just a job, it’s my life. I have become The Meat Lady, and you know I what? I’m pretty down with that! 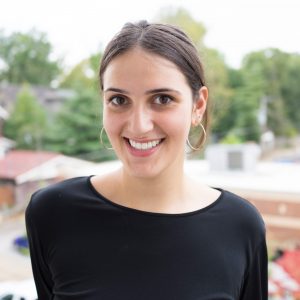