I want to mention a few caveats before starting. This conversation is predicated on the success of cultured meat as a viable food product for mass consumption. I do not hold that assumption, myself. I think there are still a lot of scientific questions we need to answer before we know if this is feasible, at least in the near-term (~5-10 year) and at the scales/product-types we typically talk about.

On a related note, I think a lot of the recent conversation about cultured meat is based on the idea that these products are imminently approaching grocery stores—that we’ll blink and they’ll be here—and so there’s an overly feverish response. I think meaningful mass production is still fairly far away, which I mention to lower the temperature a bit. I’m not saying it’s not important to have conversations now (I think it is!), just throwing in some personal opinion context.

I tried to be unbiased, here, but obviously I am.

How will such products be labeled and marketed to consumers on retail shelves and in restaurants and food service?

What is in the feed stock for the nutrient medium that such products are grown in? The volumes of meat needed to turn a profit for investors will necessitate millions of pounds or gallons of nutrient mix annually. Will the feed stock be derived from cheap, plentiful but chemical-laden byproducts of GMO agriculture, particularly soy and/or corn? Or is there some other readily available supply chain being developed? And what are the environmental and health impacts of these feedstock raw materials?

What is the “feed” conversion ratio? For every million pounds of cell-based meat produced for consumption, how much feedstock is needed? Feed conversions ratios for live chicken is 1.6:1, meaning 1.6 pounds of feed for 1lb of chicken. Considering the yield of a live chicken is 70%, would this mean that you would need 1.6 pounds of feed for .7 pounds of cultivated meat? Likewise, for a beef cow, the feed ratio is 6:1, 6 pounds of grain to 1 pound of meat. Assuming a 60% yield for live beef, should we assume that 6 pounds of feed would be needed for .6 pounds of cultivated analogous meat? And feed conversion for a healthy, young dairy cow is about 4:1. Would the feedstock requirements for cell-based dairy production be a similar ratio, or will this depend on the specific product line? Would some varieties enable the nutrient uptake to be more efficient, and if so, how and why? And how much acreage per pound of finished product will be necessary to grow such raw materials further upstream?

Will growth hormones be involved in the cultivation of these products, and if so, would the final consumer-facing product contain hormone traces or residue?

What else is in this growth media and what is the disposal method for the spent media once the protein is extracted? How many gallons or pounds of spent media will be produced per pound of cultivated meat? Will it need to be regulated and handled as a biohazard or will it be compostable or disposable in municipal sewage and waste management systems? Are there other byproducts or waste materials from processing that contain contaminants or biohazards that will need to be mitigated and dealt with?

How much “poop”, or metabolic waste material, will each pound of cell-based meat produce over the span of cultivation until harvest? What is in it and how will its disposal be managed? Who cleans up the “poop”?

Are animal derived ingredients, including fetal bovine cells, in the production mix? What about the use of antibiotics in cell cultures to control growth of unwanted microbes? Will antibiotic resistant material remain in the growth media after protein extraction and removal and if so, how will it be dealt with? Will there be antibiotic residue in the final consumer product? And if so, will antibiotic free options be available?

What are the types of molecular scaffolds that such products will be built on and will such ingredients be transparent to consumers? Will they be animal derived, GMO-derived/plant-based or plastic/synthetic? How will they influence the allergenicity of the final product if derived from common allergens such as soy, corn, crustaceans, fungi or insects? How will insect or crustacean derived scaffolding affect Kosher or halal certification?

Will genetically engineered microorganisms, such as the yeast that produces the soy leghemoglobin (aka heme) used as the colorant and tasty, umami-rich flavor in Impossible® Burgers, have a role in the production process?

What other novel, unintended proteins or byproducts will be present in the finished product? Will these also need to be identified and labeled for consumer transparency?

Will consumers or their family members with food sensitivities/allergies, autoimmune  or inflammation issues , or otherwise afflicted with rheumatoid arthritis, Lyme disease or PANDAS be able to safely consume such products? Will there be independent, peer-reviewed, third party research to guide doctors or health care providers on this?

What is the bioavailability and nutrient density compared to various techniques of animal-based agriculture, ranging from concentrated feedlot beef to Organic, Grassfed or Regenerative beef?

Will the cell-based analogues be patented and subject to intellectual property protections? And will secrecy and knowledge hoarding enabled by patents and IP protections make these conversations around transparency a moot point?

What types of social equity are being built into the supply chains and organizational structures of cell-based agriculture companies? Who owns, governs and makes decisions? How many companies outside of Asia will have women, people of color and otherwise not cis-hetero white men in charge? What is the distribution and allocation of shares and profits in such companies? Are any pursuing B-Corp certification, open book management, true cost accounting or other progressive corporate models? How many such companies will consider employee ownership or becoming worker cooperatives? Will such companies embrace collective bargaining and unionization efforts, and greater worker input into the labor process and decision making?

Or perhaps the technology should be put into the public sector, especially if research is underwritten by public funds (like previous large scale tech endeavors such as the internet, cellular networks, and LCD technology) in order to ensure that it’s commercialization does not add to the critical levels of inequality, food apartheid, inaccessibility and precarity so common in the food industry. A public sector solution could ensure that all such information can be in the public domain, open sourced and accessible, with patents waived. While the technology intends to challenge the most egregious forms of animal-based agriculture, how will cell-based meat companies improve the living standards and well-being of blue-collar employees in their supply chain? Considering the competition, this should not be a high bar to overcome.

These are some of the many questions we should be asking about this new food technology as it enters the market. Transparency and openness, a clear understanding and mitigation of production externalities, plus justice and equity in business models will be signs that cell-based meat companies are a new breed of food tech. Meanwhile, ethical, meat-averse consumers still have healthy, delicious and compelling alternatives to both cell-based and CAFO meat. But we can hope to cultivate trust and accountability.

(Disclosure: The author is a Board Member of the Non-GMO Project, a non-profit organization that believes that everyone has a right to know what is in their food.)

You can get in touch with Andrew Stout on Twitter. 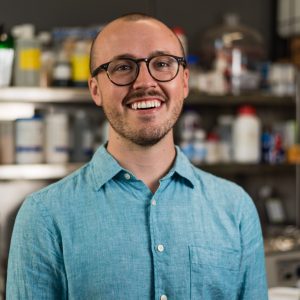 June 8, 2021 update – Errol Schweizer, the original author of the Forbes article, responded to our response on his podcast. Listen here! 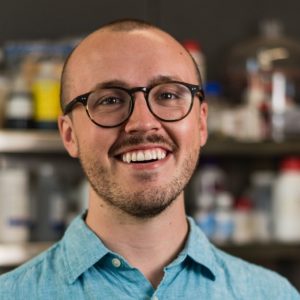