This publication by Dennis, R., et. al. was summarized by Utony Nguyen, with edits by John Nahay. The original paper can be accessed here.

This study presented the methods of building a rat’s cultured skeletal tissues and measuring how they contract when excited, compared to ordinary skeletal muscles. To avoid unwanted influences on measurements, these structures, called myooids, were engineered from muscle-forming precursor cells with self-produced natural matrix, as opposed to an artificial scaffold, to define their size, shape and properties. The results suggested that though myooids looked and responded to stimuli similarly to whole muscles, their excitability and contracting forces were lower. This might be because muscle fibers in the cultured tissue did not receive signals promoting regular organization and expression.

The following flowchart depicts the methods Dennis and Kosnik from the University of Michigan developed to engineer and measure properties of myooids. 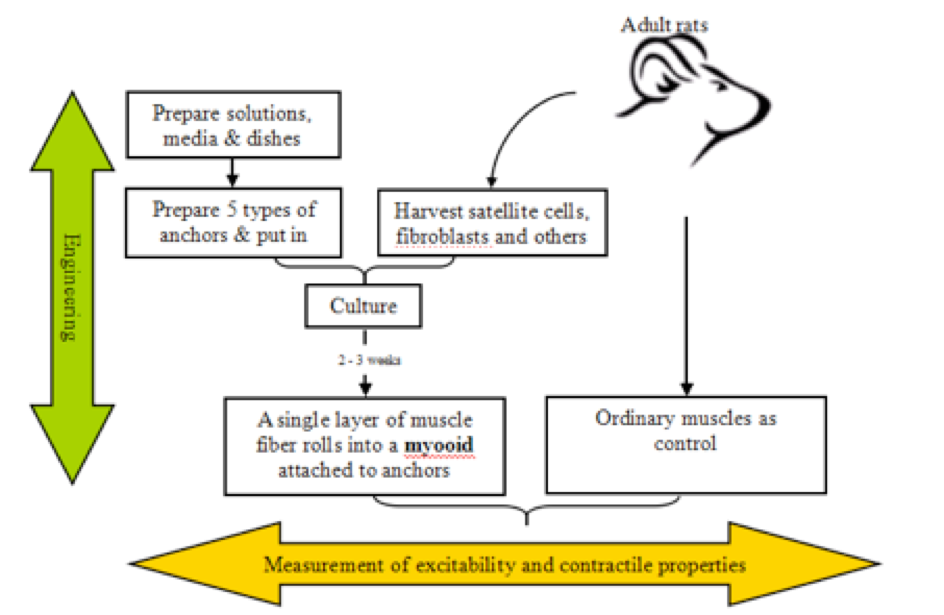 Figure 1. Flowchart of production and measurements of myooids’ properties.

1. Formation of myooids in culture:

Myooids formed when a sheet of cells peeling away inward from the medium and rolled itself into a loose cylindrical shape while still attached to the anchors. Within 72 h from peeling off the void space disappeared and the structure became seamlessly solid, its cross-section showing mostly muscle fibers, external material and debris. Older myooids had less external material. At 31 +- 4 days, muscle fibers occupied 30-60% total cross-sectional area.

Compared with adult rats’ muscles under the microscope, myooids’ cross-sections were disorganized with many small voids, large amounts of external material, muscle fibers’ nuclei located in the centers, no nerve or vascular structure formed.

The rate of contamination was less than 5%. Myooids form readily on some anchors but not on others. The artificial tendons used, laminin-coated silk-suture anchors, provide excellent attachment and did not require using additional animals.

Within 48 hours, newly formed myooids contract by themselves at the force of 3-30 uN, occasionally up to 40 uN and contractions might even be visible to unaided eyes.

Excitability: They applied electricity with different pulse widths and voltage to excite the myooids, which gave twitches similar in appearance to that of ordinary muscles (though with much lower forces). Maximum twitch was at 600-1200 μs, versus 60-100 μs in ordinary soleus muscle.

Contractile properties: They used pulses with frequency from 3-100 Hz to induce sustained (tetanic) contraction in myooids. Beyond 30-40 Hz, force did not increase as rapidly with frequency. Myooids’ specific isomeric tetanic force, specific P0, was 2.9+-0.5 kN/m2. Specific P0 is calculated by dividing the P0 by the cross-sectional area of the myooid. Thinner myooids having greater specific P0.

Myooids had significant passive force at the fixed length (isometric) of 12 mm where whole muscle should have zero passive force.

Figure 2. A) The arrows showed the direction where the single cell layer rolled itself off the medium into a loose cylinder to form a myooid. B) The myooid formed and changed but remained attached to its anchors. C) A cross-sectional view of a stained myooid showing about 20 fibers with no evidence of the layering happened during formation.

The authors deemed the >95% success rate and consistency in measured properties promising, but noticed that myooids’ specific P0 was only about 1% that of adult ordinary muscles (~300 kN/m2). To explain this they proposed a working hypothesis with three reasons: 1. High percentage of non-muscle in myooids, 2. General disorganization of muscle fibers, 3. A component of the fibers is mostly in forms found in embryos and newborns, as evidenced by the measured properties.

Additionally, because specific P0 for ordinary muscles were calculated with the area of viable fibers alone, which was not possible to identify for myooids, resulting in their estimate being conservatively low. Morever, in larger myooids, nutrients and waste needed to travel (diffuse) farther to muscle fibers near the center and this might impair their function and ability to generate force. Dennis and Kosnik also believed their reported myooid diameter (0.49 mm) to be the maximum achievable.

The authors presented a method that was the first of its kind because it cultured skeletal muscle tissue, myooids, of a mammal without an artificial scaffold. The authors also experimented on the effectiveness of different anchors where myooids could be fixed for measurement of excitability and contractile properties. Though similar in many ways to ordinary muscles, myooids showed underdevelopment (lower fiber percentage, disorganization, many void spaces) due to the absence of growth signals, vascular systems and nerves. These findings paved the way for culturing mammalian muscles without scaffold, examining supporting material options as well as understanding and bridging the gap between in vitro and in vivo tissues.