The environmental prospects of cultured meat in China (Journal of Integrative Agriculture, 2015)

This publication by Zhi-chang, S., et al. was summarized by Jason Weiss, with edits by Utony Nguyen. The original paper can be accessed here.

To deal with concerns in China about environmental degradation and a growth in population accompanied by increased consumption of livestock products, a meat alternative is required. This study compared the environmental impacts of producing different protein sources for nutrition, including crops, livestock products, and cultured meat. The results showed that cultured meat has the lowest land use per unit of protein and unit of human digestible energy. China’s crops have the lowest energy use and greenhouse gas (GHG) emissions per unit of energy and protein. The energy use in cultured meat production is slightly higher than that of current pork production in China, whereas GHG emissions are lower. It is concluded that the overall impact of replacing livestock products with cultured meat would be beneficial for China’s environment and would potentially improve food security because less land is needed to produce the same amount of protein and energy.

Livestock production is one of the major contributors to environmental degradation in China.

China’s population accounts for more than 20% of the global population, and will continue to grow. With the growing population and an increased meat consumption per capita China’s overall meat consumption is expected to double by 2050. At the same time conventional meat production has come close to its maximum.

Meat is a valuable source of protein, omega-3 fatty acids, vitamin B12, and highly bioavailable (easily absorbed) iron. Meat’s proteins can be obtained through amino acids in a combination of plants. Another proposed alternative is cultured meat. Cultured meat is growing animal muscle tissue in vitro. It is currently in the research stage, and involves the extraction of cells from an organism and transfer onto a suitable growth medium.

There are several health issues associated with animal protein. Diets high in animal meat often exceed the daily recommended intake of saturated fats and cholesterol. They are also related to cardiovascular disease and diabetes, which contributes to one third of global mortalities. Contaminated meat and animal products are also the most common cause of food-borne illnesses, which have increased six-fold in the last 20 years. The controlled conditions of cultured meat production can could mitigate these issues.

WHY DO WE NEED MEAT ALTERNATIVES IN CHINA

Meat alternatives are important because of the mentioned land, greenhouse gas emissions, water, and energy issues. Livestock production in China is also the main contributor to the eutrophication of water ways and loss of biodiversity. The global environmental costs of meat consumption related to greenhouse gas emissions are estimated over $140 billion per year. A preliminary analysis showed cultured meat could use 7 to 45% less energy, 99% less land, 82-96% less water, and emit 78-96% less greenhouse gases, depending on the animal product.

In addition to the environmental aspects of meat production, a growing public concern for animal welfare, with emerging standards for treatment also calls for meat alternatives. Chinese with the highest income, a third of China’s total population, have shown increasing concern for a better world including animal welfare.

Finally there’s the issue of the health problems associated with meat production, particularly the potential for infectious disease outbreaks. Regarding illness, stress, and growth rates, cultured meat offers a reliability  that animals cannot. It also offers the opportunity to create novel meats, and to increase the health value of meat.

The ability to generate skeletal muscle tissue along with other tissue types been made possible by stem cell isolation and identification, ex vivo (out of the body) cell culture, and tissue engineering. Research has been done using collagen meshwork as well as beads for scaffolding. The products were limited to a thickness of 100-200 μm as a result of diffusional limitations, and lacked the structure of native muscle tissue. They could only be used for processed meat products. Other research has produced cultured meat by growing explants, such as one where fish muscle was grown in a medium containing a crude cell mixture. This method is also limited by diffusion and is likely not scalable.

Tissue engineering is a method used to mimic the creation of organs ex vivo. It has experienced uses in medicine ranging from in vitro models such as drug-screening, pressure sores, and physiology, to in vivo transplants. The same technique can be used to produce skeletal muscle for consumption.

Energy, greenhouse gas emissions, and land data were taken from Yan et al. 2014 for potatoes, wheat, rice, pork, sheep, beef. The same data was taken from Tuomisto and de Mattos 2011 for cultured meat. Caloric and protein content for the food sources were taken from FSA 2002. To produce data per unit protein and per unit energy the land, emissions, and energy data were divided by the protein and caloric data. A constant was used for the meat produced to convert the carcass dead weight unit used in the Yan et al 2014 study to the mass of protein produced.

The analysis showed that replacing meat with cultured meat would substantially reduce GHG emissions and land use. On an energy basis only pork consumes less energy than cultured meat. Additional factors such as ancillary animal products and biodiversity should be considered in further analysis. Public acceptance presents an obstacle to cultured meat.

A novel approach for in vitro meat production (Applied Microbiology and Biotechnology, 2015) 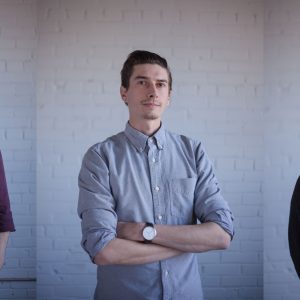 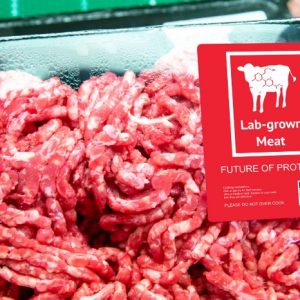 How the United States plans to regulate Cultured Meat