Cultured meat: every village its own factory? (Trends in Biotechnology, 2014)

This publication by Van der Weele, C., et. al was summarized by Tyler Knox, with edits by Danielle Torrise. The original paper can be accessed here.

This study analyzed the social attitudes toward cultured meat and the potential steps that can be taken by in vitro meat stakeholders to further the technology as a viable alternative to conventional meat production. With potential consumer rejection of cultured meat from its “yuck factor” and concerns of economic feasibility, small-scale, local “village” production is thought to be the best path forward. What would this “village” production look like? Der Wheele and Tramper envision local meat factories processing muscle stem cell donations from pigs in backyards or urban farms. These factories could employ a master cell bank and batch and fed-batch bioreactors (vessels used for fermentation processes) to produce cultured meat. Unfortunately, these ideas remain speculative (albeit promising); production costs and competition with vested food interests pose a threat to the future of in vitro meat.

The origins of cultured meat stem from the WWII-era politician, William Churchill. In the early 1930s, he first posited the idea of in vitro meat production, a vision that has begun to gain momentum in the face of the realities of the existing industrial meat system. With the rise in global standards of living and the increasing demand for meat that is coming with it, it is hoped that cultured beef may serve as an alternative protein source to meet consumer demand. This hope was given substance in August 2013 when Dutch professor Mark Post presented a cultured beef hamburger as a “proof of concept.”

How have people been responding to Professor Post’s burger and the idea of cultured meat? Perceptions of the technology range from “wow” (majority) to “yuck” (minority). In particular, Post’s unveiling of his cultured burger has provoked both enthusiasm for the idea of “moral” meat production and concern regarding cultured meat engendering greater “distance” from the food we eat. Critics of this camp have pointed out their hypocrisy: What’s so “natural” about livestock being systematically slaughtered in factories? One possible solution to the ambivalence regarding cultured meat is “village production;” pigs in backyards or urban farms could serve as stem cell donors in local meat factories. Attendees of an in vitro meat workshop responded favorably to this proposal.

The authors envision a manufacturing process established on both theory and precedent. Using bioreactors up to a size of 20 m3, animal muscle or organ cells could be cultured for meat production in suspension with a continuous cell line (bovine, chicken, etc.). These cells would optimally be adult stem cells with rapid cellular divisions (doubling time in a course of days) and stability for at least 50 divisions. From the genesis of this line comes the creation of an FDA-approved, animal-component free, full-defined growth medium. For economic feasibility, this growth medium should be within 1 euro/liter. With a cell line and medium, the next step is the development of a master cell bank. Batch and fed-batch (nutrients supplied during cultivation) bioreactors can then be used for animal cell cultivation.

From cultivation, the manufacturing process takes on a more speculative air. Cells must be concentrated to a density similar to mince-meat with an appetizing and “meaty” texture. A promising method for this is flocculation, a process in which fine particulates (cells) clump together. After bioreactors become full, transglutaminase and binding proteins (like soya proteins) are added and aggregates settle. From this, the cultured meat slurry is drained, pressed, and divided under Good Manufacturing Practice (GMP) conditions.

Cultured meat is a promising technology with social and economic implications. Will consumers accept meat synthesized from stem cells? Can beef be cultured without exorbitant costs? While local “village” production seems to be the most promising answer, researchers must work out how to place cultured beef in the realm of economic feasibility.

Challenges and prospects for consumer acceptance of cultured meat (Journal of Integrative Agriculture, 2015) 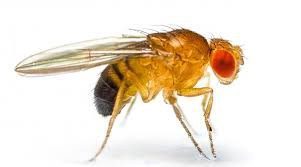 How Myogenesis is Stimulated In Vitro