Clara Foods is a San Francisco-based cellular agriculture company making egg whites from cell culture. New Harvest launched Clara Foods in November 2014 by connecting David Anchel and Arturo Elizondo, who at the time were just two members of the New Harvest Community. What started as the New Harvest Egg Project has now raised over $1.75 million!

*Note: In October, 2021 Clara Foods rebranded to The EVERY Company 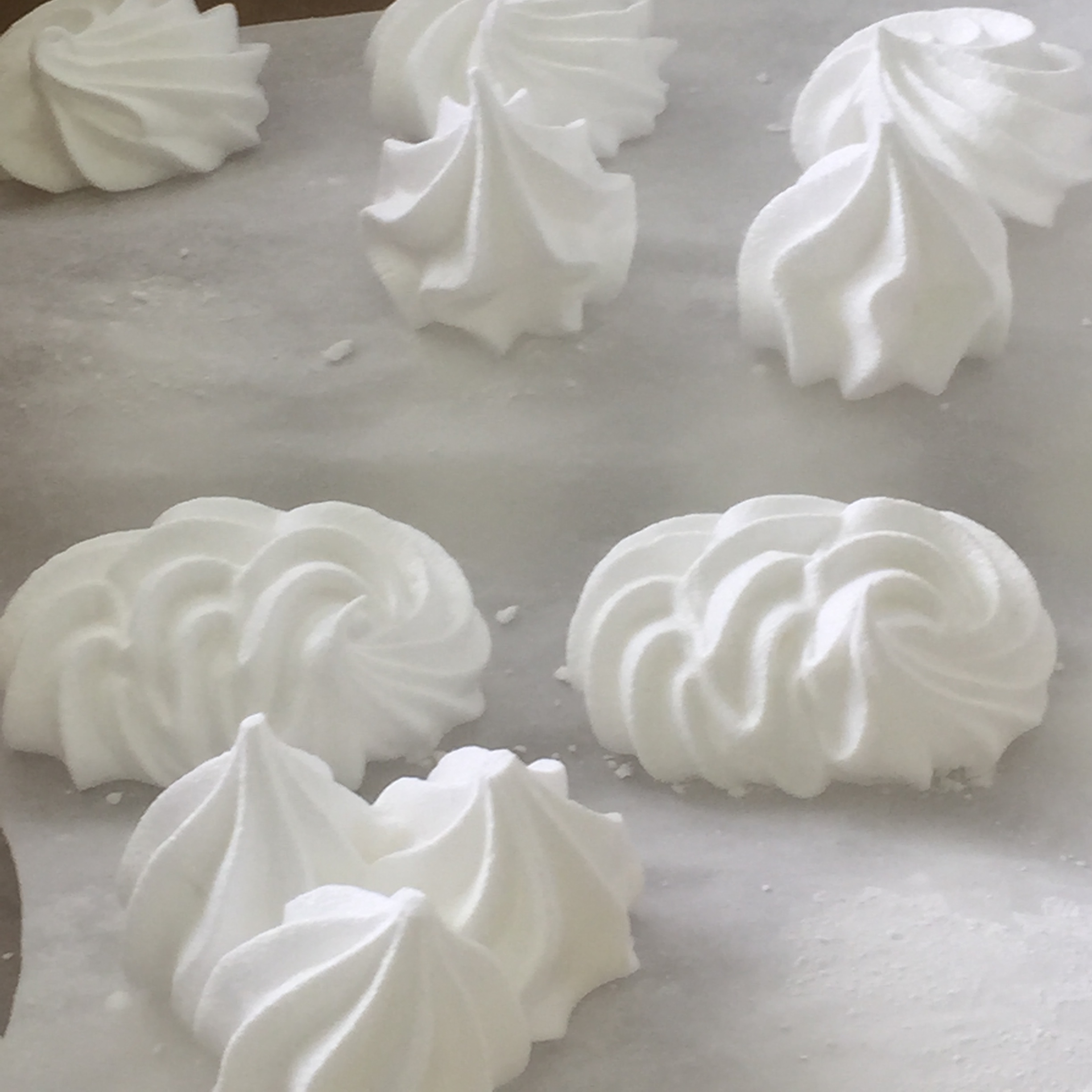 I emailed David Anchel, a cell biologist that had been keen to take animals out of the food system, if he wanted fly to San Francisco with me.

David had been in touch with me over a year. We would catch up often on how his PhD was going, how New Harvest could grow, and how he could contribute to the field of cellular agriculture. David was so committed to the cause. Culturing animal products without animals is what got him into biology.

I thought it would be catalytic to introduce him to some New Harvest folks in the Bay Area, to help him figure out what his next steps might be after his PhD ended. David happily agreed. David and I had just gotten to San Francisco and were heading to a food technology conference that New Harvest was presenting at.

We (David, Ryan and Perumal of Muufri, and myself) were sitting at a table at a (not so exciting, to be honest) conference, introducing ourselves and our missions. Others at the table were fairly uncomfortable with New Harvest’s work, seeing it as unnatural and bizarre. After some thoughtful conversation, they did end up agreeing that they would rather eat cultured meat than meat from a factory farmed animal, so that was progress!

As we went around the table, to our surprise, Arturo introduced himself by saying he had just written a paper on food security in China, and that the conclusion was that the Chinese government should be funding research into cultured meat. Arturo said he watched my TEDx talk and that’s how the paper’s conclusion came together. I was pretty shocked because I thought we were the only technology-focused foodies in the room! We ended up having dinner with Arturo and finding out more about him. He had recently turned down prestigious job offers to become a pioneer in the emerging cellular agriculture space!

I asked Arturo to come by Muufri’s lab in a few days to meet more people from New Harvest.

We get together with the several New Harvest donors, scientists and supporters in the area (a few people flew in too!) at Muufri’s headquarters for a New Harvest event.

Over the course of our trip, David joins in on several meetings, inspired by what our community is doing and our approaches to advance animal products made without animals. He’s inspired, particularly after seeing Muufri’s lab and thinking through their method to use yeast to make milk proteins. As time goes on, David begins to look increasingly wilted throughout the day – we soon find out it’s because he’s been deep into the scientific literature at night, looking at how to make egg proteins in culture. The idea of creating a chicken’s oviduct in vitro came up… but didn’t make the cut. Eggs, particularly egg whites, could be made much more directly in yeast culture.

In the last couple days of our trip, David has put together a detailed proposal of how to make egg whites, including cost comparisons, and a scientific plan.

On the flight back, the night after the salon, I wonder how we can quickly turn David’s work into a reality. We decided a fast way to do that would be through the IndieBio SF accelerator, a related-but-separate accelerator from the one Muufri went through. They were accepting applications.

But David needed a collaborator – he could focus on lab work but he needed someone to focus on the business plan, doing market research, reaching investors and creating a future consumer base. I had an idea of who that could be.

Arturo, I have an idea…
Two days after getting back from San Francisco, I emailed Arturo with an idea – would he want to join David in making eggs without hens? With New Harvest’s help and guidance, I knew we could put together a good proposal in a short amount of time.

Arturo said yes the same day. By the next morning we had already gotten a Google doc started with our application materials.

The “New Harvest Egg Project” is submitted
After 5 long days of Skyping and Google Doc-ing… we submit our detailed proposal. “New Harvest Egg Project” invited for interview
We work harder on a more detailed scientific plan to discuss with Ron Shigeta, who is doing science due diligence for IndieBio. Overall the IndieBio folks – Arvind Gupta, Ryan Bethencourt, and Ron are totally excited about our project.

David and Arturo started brainstorming what the company’s name could be. “Clara” means egg white in Spanish, Arturo’s first language. It was also the name of David’s dog!!! Clara Foods was born. We did it! “New Harvest Egg Project” gets $50K + lab space to make egg whites without hens.

We’re moving to California!! IndieBio’s program is set up to start March 1, but we make arrangements for David and Arturo to get there ahead of time. David moves to San Fran in late January, and gets right to work on the science at Berkeley Biolabs, so we can really hit the ground running once we get to IndieBio. Dave and Arturo out front of IndieBio’s labs

Clara Foods gets to work at IndieBio – rigorously building out their business plan and getting in touch with customers and investors. Their science is moving along quickly thanks to their pre-work at Berkeley Biolabs, so they have samples to show. Clara Foods hits the stage with New Harvest, Muufri, Pembient and Tomato Sushi to talk about the Edible Bioeconomy.

New Harvest and IndieBio co-hosted a really wonderful event on the future (or rather the emerging present) of animal products made without animals.

Arturo killing it on stage at Demo Day.

Clara and the 10 other biotech companies at IndieBio present their pitches at Demo Day. The event sold out quickly weeks before. Watch the pitches from Demo Day here! David and Arturo at their Demo Day display.

Clara Foods announces they have completed their seed round: $1.75 million!

Within a matter of months, Clara Foods attracted $1.75 million to making animal products without animals, with the story covered in TechCrunch. Among the investors participating in the round are David Friedberg, Ali and Hadi Partovi, Scott Banister, and SOSV. Clara Foods definitely comes out of IndieBio as the most successfully invested-in company of the class – raising the money they needed even before hitting the stage at Demo Day! Here’s to another great success that began with the spark that only New Harvest could create.

Today, majority of the world’s eggs are produced in high density industrial systems. Laying chickens are bred, the male chicks are culled, and the female hens are kept in small, crowded cages. Laying hens have their beaks trimmed to prevent them from injuring one another while in these confined cages. A hen will begin producing eggs at around 18-20 weeks of age, and continue to produce about one egg per day until 100-130 weeks, when the hen is slaughtered. These chickens do not become meat – they were designed for egg laying and their bones are too fragile to go through traditional meat processing.

Egg whites are usually made by hens kept in battery cages in an industrial setting. Instead, we can make the exact same egg whites by brewing them, using a culture that consumes simple sugars to make egg white proteins. First, there are zero animals involved in the process, which means there is no opportunity for contamination by bacteria like Salmonella and E. coli, which live in the gut and feces of animals.

Second, it is much easier to maintain a stable supply of egg proteins if they are made in yeast. In the spring of 2015, an avian flu outbreak resulted in the cull of $50 million chickens suspected of contracting the disease. This caused the price of eggs to more than double. With the crowded conditions of egg-producing factory farms, these kinds of disease outbreaks are impossible to prevent and extremely difficult to contain.

Third, because we are using a very simple organism – a yeast, which doubles every couple of hours – rather than a chicken, which must be at least 6 months before it can begin laying eggs, it should require less land and water inputs to produce hen-free egg whites. It should also produce fewer waste products and a much safer working environment for egg white producers.

Using a yeast based system to produce egg whites also allows us to do things we could never do before. For example, because we are choosing which proteins and components to produce, we can tailor the mixture of egg proteins. With slight modifications to the proportions of egg white proteins, we can create egg whites that can whip up fluffier or have better binding capabilities.