A letter from our Executive Director reflecting on the past decade of New Harvest’s work and forecasting the next.

Today marks ten years (!?!?) as Executive Director of New Harvest and I can barely believe it.

It’s been a trip, to say the least. When I first sat down at my laptop on January 14, 2013, tasked with making “in vitro meat” (as it was called back then) a thing; I could never have imagined the growth we’ve seen. Zero to 150+ companies worldwide. Zero to $5B in investment. Government funding, institutes, samples to taste, regulatory progress, pilot facilities, products on the market all within one decade.

If I were to squeeze ten years of learnings into a single takeaway, it would be this: biotechnology is a movement.

Here’s what I mean:

Cellular agriculture is an emerging field within biotechnology which aspires to grow food from cells, obviating animal husbandry or slaughter.

Many proponents of cellular agriculture (like myself, and probably you, too) believe that displacing animal agriculture with this technology will create considerable improvements to the environmental impact of food production, animal welfare, public health, and food security in a climate-changed world. At its grandest manifestation, cellular agriculture could unlock a new subsistence strategy that fundamentally changes humanity’s footprint on earth and our relationship with living beings, on a scale akin to the invention of agriculture.

But there are two theories of change nested in the thesis that cellular agriculture will yield positive impacts:

We could roughly summarize the two-fold theory of change like this: the first is about driving scientific advancement of technology into reality and the second is about ensuring a just transition* of that real technology into society. This two-fold theory of change is mirrored in nearly every technological solution intended for public good, from the Green Revolution, to vaccine development, to the work of patient advocacy groups.

For biotechnologies in particular, many, many hands are required to move from theory to impact. We need the coordination and appropriate incentivization of many types of stakeholders (researchers, funders, entrepreneurs, policymakers, consumers, and more) to move the technology along from a thesis, to a discovery, to a scaled-up solution, to a regulated, approved, and safe product, to a product that enacts real change in the world, to a global paradigm shift enabled by technology.

(In case it’s not obvious, I’m going for the global paradigm shift.)

When you add in the fact that biotechnologies also require social acceptance to ignite this shift, I’d like to argue that the advancement of cell ag for the public good parallels a social movement.

social movement, a loosely organized but sustained campaign in support of a social goal, typically either the implementation or the prevention of a change in society’s structure or values. Although social movements differ in size, they are all essentially collective.

New Harvest has been pushing forward a loosely organized but sustained campaign over the last ten (technically 20) years to get cellular agriculture research done. It’s been loosely organized because the way we support individuals is focused on empowerment, not employment. We don’t demand rigid allegiance and we encourage independent leadership. It’s been sustained because research takes a long time, and changing the funding and incentive structures to actually get cellular agriculture on the map as a legitimate discipline takes ongoing collective action and collaborative effort.

But the large part of the past ten years has been about making progress on that first, scientific advancement piece of the two-fold theory of change: ensuring that resources ($, people, time, focus) will be allocated to advancing the science of cellular agriculture. While there is a way to go for sure in terms of truly establishing cellular agriculture as a discipline, field, and industry, with ongoing, sustained funding, especially for pre-competitive, open science, we can’t deny the momentum we’ve seen. It is momentum that is originating from all kinds of independent sources far beyond what New Harvest has sparked.

I can say without a doubt that the theme of the next ten years will be the second, just-transition-focused theory of change: ensuring that cell ag will indeed enable the positive changes we want to see for the planet and its inhabitants. This won’t be growth in terms of numbers, alone. It will be growth in terms of maturity and understanding, of collective action and social acceptance. We’ll see leaders and champions emerge who aren’t CEOs or scientists; they might be bureaucrats or regulators; program managers or independent consultancies. A first tasting won’t be nearly as exciting as a first run of a pilot plant. A new company launch might feel routine compared to the launch of shared facilities for training, scale-up and tech development.

This is why ten years have gone by in a flash. Because my role is always, always changing. In a dynamic environment, standing still is moving backwards, and pushing forward is neither comfortable nor easy. But for the change we want to see, it’s necessary. And for me, personally, it’s fun.

All the best and talk soon, 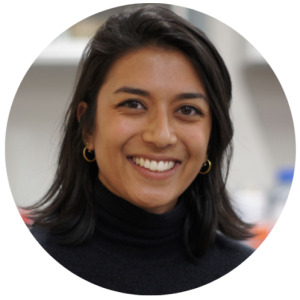 P.S. Thanks to Miranda Stahn for being a thought partner on all of this, her background in energy transition work has been so enlightening.

P.P.S. To the social scientists who actually know about social movements, would love to hear what you think about this!

‘* The just transition terminology is usually focused on the energy transition so I’m stretching the definition a bit. This recent article about FDA’s decision to no longer require animal testing before human drug trials is such a great parallel to cell ag in highlighting the complexity of tech-enabled, mission-oriented “just transitions”.